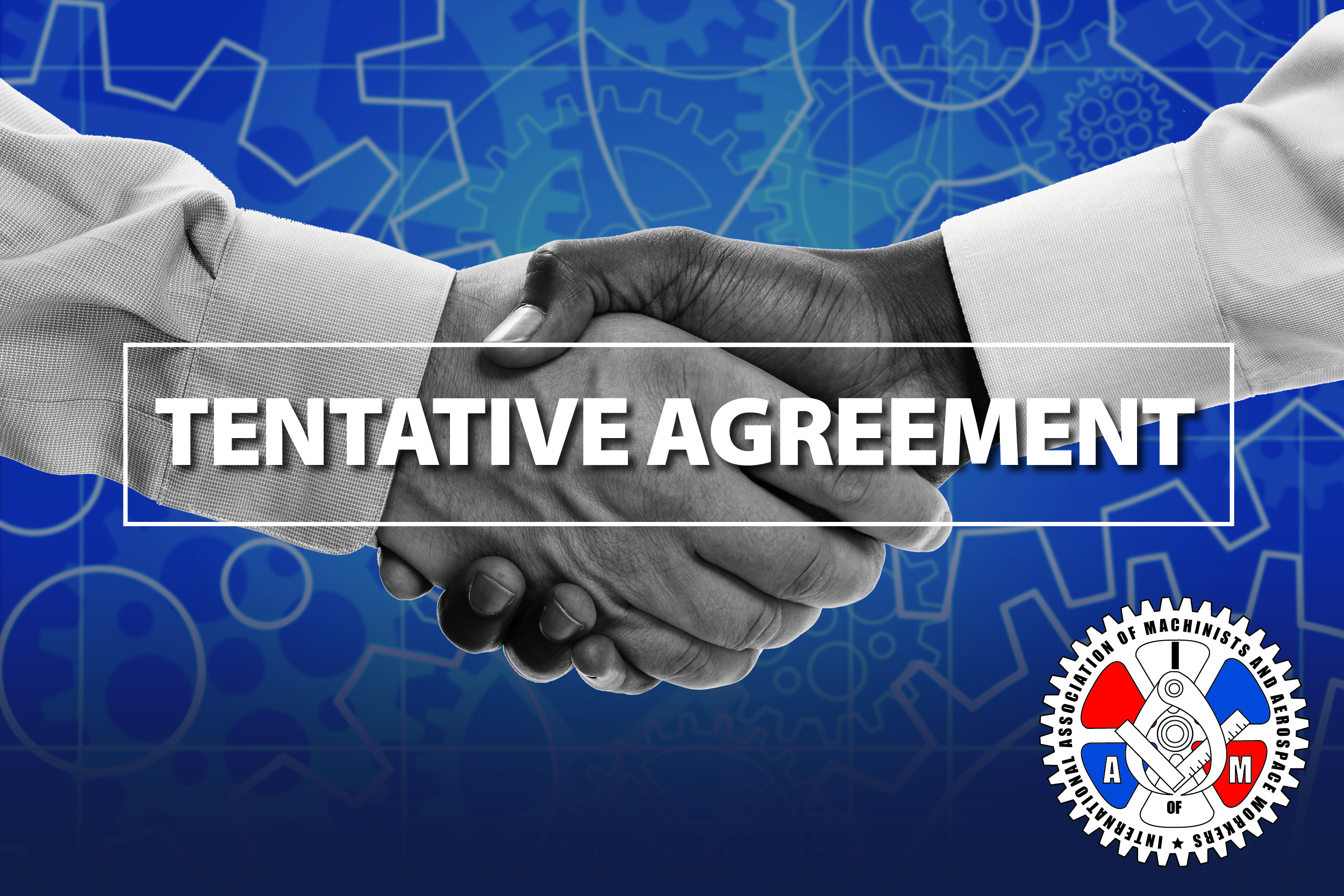 WASHINGTON, Aug. 7, 2019 – Negotiating committees for the International Association of Machinists and Aerospace Workers (IAM) and the International Brotherhood of Electrical Workers (IBEW) at General Electric reached a tentative agreement with the company that offers significant improvements to the company’s proposal that was previously rejected by the membership. The IAM and IBEW committees recommend the membership vote to accept the latest contract offer.

The tentative agreement includes both short and long-term financial improvements for IAM and IBEW members at GE. The IAM and IBEW negotiating committees were able to secure many of the membership’s priorities that were not adequately addressed in GE’s first contract offer, including keeping the defined benefit pension plan, improvements to the 401(k) plan, general wage and cost of living increases, and better health care.

Each IAM Local Lodge will hold a ratification vote of the membership on Friday, Aug. 9.

“The solidarity of our membership at General Electric made these key improvements possible,” said IAM International President Robert Martinez Jr. “Our negotiating committee worked tirelessly to secure a tentative agreement that reflects the importance of our members’ role in making GE the company it is today. The voices of our membership have been heard in every step of this process.”

“Our negotiating committee stood together, listened to our membership and built on the key priorities of our hard-working and skilled membership at General Electric,” said IAM General Vice President Brian Bryant. “We knew that our work was not done after the company’s first contract offer. While we realize there are some things we did not achieve, we did secure most of our top priorities. I am very proud of our negotiating committee and our membership for standing strong and demanding their fair share of the profits they create for General Electric.”