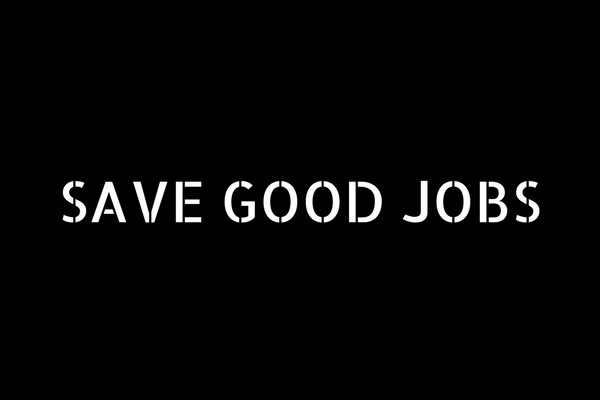 The Machinists Union continues to sound the alarm about corporate management decisions to close IAM plants in Minnesota and Missouri. The announcements, both on Jan. 30, affect approximately 1,500 IAM families.

Electrolux, a Sweden-based freezer and refrigerator manufacturer, announced plans to close its St. Cloud, Minn., plant by the end of 2019, laying off more than 900 IAM Local 623 members.

Harley-Davidson says it is leaving Kansas City, Mo., by early 2019. Approximately 575 IAM Local 176 members at Harley and parts manufacturer Synchreon will be left looking for work.

IAM officers and staff at the local, district, territory and international levels are working with affected members, the companies and political and labor allies to determine a path forward for members at both plants.

“The IAM is taking a stand against these companies who are turning their backs on working people,” said International President Bob Martinez. “Our work is not complete until corporations operating here adopt a whole new culture that places loyalty to their hard-working and dedicated employees, instead of to corporate greed.”

In Minnesota, three members of the state’s congressional delegation, led by U.S. Sen. Amy Klobuchar, are questioning how Electrolux chose to abandon its St. Cloud workforce and urging CEO Jonas Samuelson to “reconsider your decision as soon as possible.”

The IAM is also applying pressure to Electrolux management, raising the question of whether the closure violates its international framework agreement with global unions.

“We are outraged,” a letter from Martinez to Samuelson reads. “We are asking that you show the same loyalty that your workers have given Electrolux and reconsider your decision to shut down this site.”

The IAM is also looking into why Harley-Davidson is leaving Missouri, where taxpayers have forked over more than $44 million in subsidies to the company since 2000.

The union has been vocal about Harley’s continued offshoring of work. The U.S.-based company now operates manufacturing facilities in Brazil and India. Harley expects to open a plant in in Thailand later this year.

“Kansas City is suffering the consequences of Harley-Davidson’s continued neglect of its North American workforce and ridership,” Martinez told The Wall Street Journal. “Hundreds of working families are now wondering what their future holds because of this self-proclaimed American icon’s insistence on shipping our jobs to Asia and South America.”