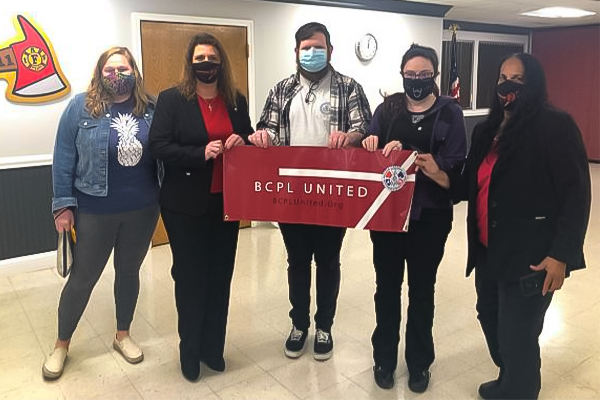 The Machinists Union is urging the immediate passage of a county resolution that would fully fund the first union contract for approximately 460 Baltimore County Public Library (BCPL) employees. The resolution only includes portions of the contract not finalized until after the county’s fiscal year budget deadline.

In letters sent to each member of the Baltimore County Council, IAM International President Robert Martinez Jr. encourages council members to vote “yes” on the contract funding measure, Resolution 32-22. The council is scheduled to vote on the resolution on Tuesday, Sept. 6.

“This resolution will conclude and ratify the one-year contract that provides a voice in the workplace, as well as decent wages and benefits for the hard-working employees who are so vitally important to the growth and prosperity of Baltimore County and its residents,” writes IAM International President Robert Martinez Jr. in the letters to council members.

The first contract with BCPL came after years of organizing, including the IAM winning a new state law allowing BCPL employees to collectively bargain.