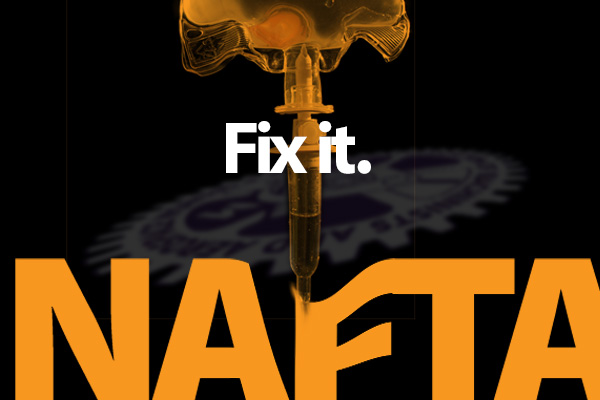 The Machinists Union applauds 16 Senate Democrats who are asking the White House to require adequate labor reforms in any renegotiation of NAFTA.

The lawmakers demanded that U.S. negotiators eliminate stipulations that say labor violations must affect trade in order to incur consequences. They also recommended an “independent labor monitoring and compliance body.”

“We believe that the reforms outlined above can reverse the race to the bottom that has led to job losses and wage stagnation in the United States,” they wrote.

The Machinists Union told the Office of the U.S. Trade Representative in June that NAFTA should be tossed if labor standards are not drastically improved.

“We need an agreement that will create more jobs and higher wages here at home,” said Owen Herrnstadt, IAM Chief of Staff and Director of Trade and Globalization. “Merely tweaking current language is unacceptable.”