Mandela Day: Honoring His Legacy By Giving Back to Our Communities 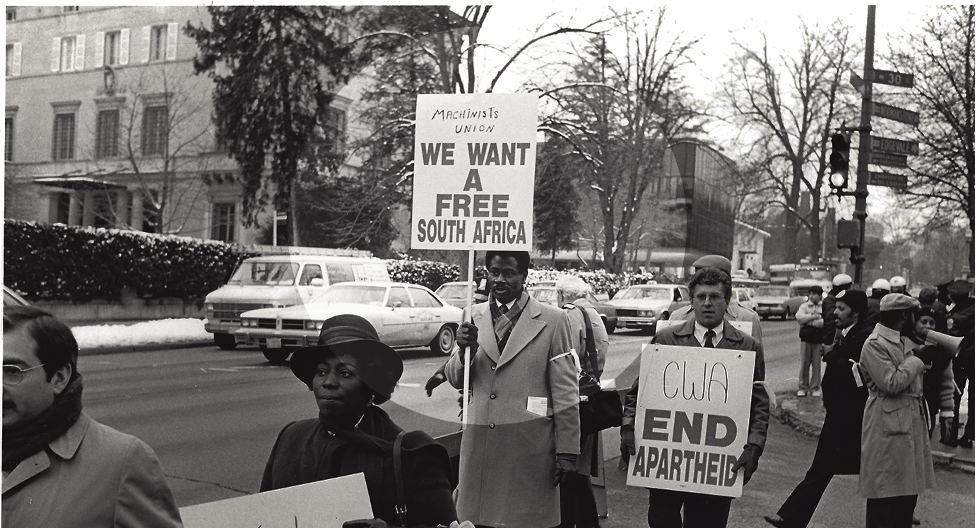 Nelson Mandela devoted his life to the service of humanity — as a human rights lawyer, a prisoner of conscience, an international peacemaker and the first democratically elected president of a free South Africa. Every July 18, people around the world honor him by making a difference in their own communities.

Mandela’s values and his dedication to the service of humanity were clear throughout his life. He fought for race relations, promotion and protection of human rights, gender equality, the rights of children and other vulnerable groups, the fight against poverty, and the promotion of social justice, and the impacts of his efforts echoed well beyond the South African nation he led as president. They are also the values at the forefront of the struggle for equality and respect that brothers and sisters across the labor movement are currently fighting.

The IAM’s history of alignment with Mandela’s values is well documented. On April 27, 1994, South Africa held its first national election in which non-whites were allowed to vote, where Mandela, a civil rights icon who the apartheid government had jailed for rallying the majority-black country against apartheid, won the election. IAM General Vice President George Poulin was in South Africa just two days before the historic vote to investigate a Crown, Cork & Seal plant where workers had been on strike for over a year. (The IAM represents U.S. workers at the company.) South African trade unionists took Poulin to an election rally in Cape Town, where he was called to address a pro-apartheid crowd of 700 people. “It sort of propelled me into what was a serious thing that was happening in that country,” Poulin said in an oral history conducted by the Southern Labor Archives. He told the crowd a vote for Mandela is a vote for working people of all colors.

Even before that historic election, the IAM joined other North American unions in calling for “selective disinvestment” from multi-national corporations whose operations bolstered the racist apartheid system, a 1985 edition of The Machinist reported. In addition, former IAM International Affairs Director Ben Sharman found himself staring apartheid in the face on a 1986 trip to meet with South African metal workers’ unions, where he had been invited to the funeral of a South African labor leader killed by the apartheid police force. On his way to the funeral in a black township, Sharman was stopped by police. They issued him a summons, written in Afrikaans, to get out within five minutes. “It was written in a language I didn’t understand,” said Sharman. “But I did understand the machine guns,” Sharman told The Machinist.

Thousands of South Africans were killed by police forces, and trade unionists were among the most targeted groups. Organized labor, one of the country’s few racially mixed institutions, threatened a system that paid black workers an average of $5 per hour less than their white counterparts in the same plant. Only 20,000 South Africans were union members in 1970. By 1985, that number had grown to more than one million. They began taking up issues such as women’s rights, health and safety and the right to negotiate on behalf of their members. A two-day strike in 1984 shut down a major South African industrial center. South African labor unions, and international allies such as the IAM, would become a key bloc in a growing movement that eventually took down apartheid.

Mandela famously said, “Today we should all ask ourselves: What have I done to improve the surroundings in which I live?” Every year on Mandela Day, people around the world are called to take action and inspire change by making a difference in their communities.

If you would like to donate your own time to public service, here are some ideas to take action and inspire change: