March 2006 Sisters of the Month 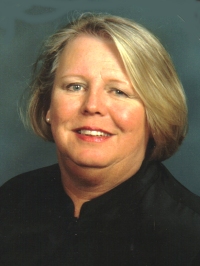 Sister Sherlock is the first woman to be elected Vice President for IAM Local Lodge 2319.  She considers it an honor and privilege to have held that position for the past 12 of the 21 years she’s been an IAM member.  In addition, she’s the Educator for her local and has been very active in education and organizing for District Lodge 143.

As a reservation/sales agent with Northwest Airlines, Sherlock lost back pay over a bidding error and missed time limits.  She decided it was time to, “put in or shut up.”  She started asking questions and became interested.  With the encouragement of her lodge’s Executive Board and the mentoring of other union brothers and sisters, Sherlock learned more about the union through WIN conferences, Winpisinger Center classes and other trainings.  She says the friendly environment at Local 2319 fosters personal growth through trade unionism and encourages all the members to get and remain active.

Sherlock advises anyone thinking of getting involved in their lodge to, “start by attending the meetings, volunteer when needed and jump on every education opportunity that crosses your path.”  She continues, “always treat others as you would like to be treated, be a good listener, don’t gossip and always remember to thank those who help you.”

Recognizing that today’s teens are tomorrow’s leaders, Sherlock spends a lot of time mentoring them and providing instruction for 6th through 8th grade Sunday school.  She says, “it’s never a dull moment with teenagers… they give me gray hairs and make me laugh til I cry.”

When thinking about getting involved with the union, Noreen advises others, “do your best… put interest of the group ahead of personal interest.  Don’t promise results you can’t produce, only promise to try your best, listen to what people have to say and get back to them as soon as possible.