IAM May 2008 Sister of the Month
Patricia Meek

IAM Sister Patricia Meek has been a Machinists Union member for 28 years and serves as Trustee for IAM LL 2003 in Daleville, Alabama. 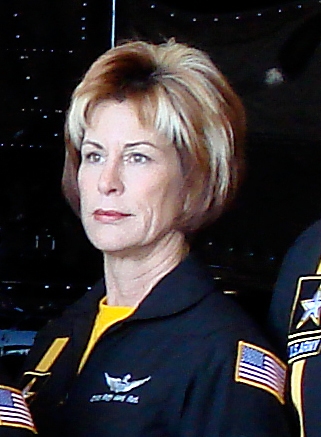 Sister Patty became more involved in union activities and sought a position of leadership so that she could, “be part of the solution.”  It is her goal to make a difference and, “make our lodge more responsive to the membership’s needs.”  To accomplish this goal, Sister Patty has taken part in many educational classes, including the AFL-CIO Contract Negotiations and Grievance School, as well as trainings at our own William W. Winpisinger Education and Technology Center. She’s participated in the various Leadership and departmental trainings and found the Winpisinger Center to be an inspirational place where true unionism is practiced.

For other sisters considering becoming more active in the union, Sister Patty advises them to rely on perseverance.  She adds, “Some will support you, there will be those that oppose you, but be true to the ideals of trade unionism to make a difference.”

Among her other accomplishments, Sister Patty has served on the Ozark City Board of Adjustments, been a representative on the grievance committee and LL 2003’s Legislative Committee, was President of the Dale County Democratic Party for 3 years and is a member of the Sky Soldiers Aerial Demonstration Team.