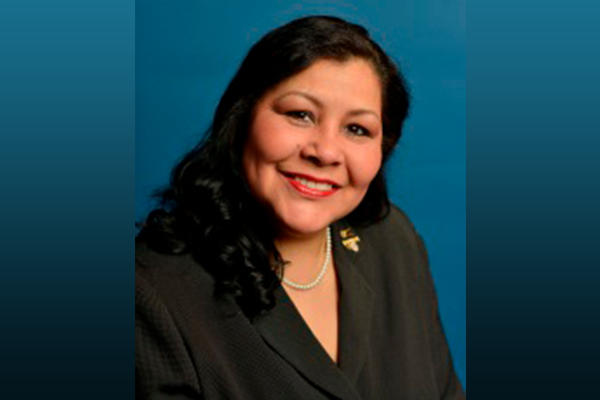 Monica Lee Silbas, a 30-year IAM member who has most recently served as IAM Assistant Political and Legislative Director, will become Chief of Staff to International President Robert Martinez Jr. The appointment is effective January 1, 2022.

Silbas is known throughout the IAM and the labor movement as a fierce advocate for working people and as one of the leading voices for labor on Capitol Hill. Before joining the IAM Political and Legislative Department in 2014, Silbas had served as the IAM Transportation Department’s Education Representative since 1999. Her deep experiences representing airline workers include being a part of many airline organizing campaigns.

Silbas initiated into IAM Local 2785 as a Customer Service Agent at Northwest Airlines in Los Angeles.

“I could not be more excited to welcome Monica as our new Chief of Staff,” said IAM International President Robert Martinez Jr. “Her broad experience at many levels of our union will bring a unique and powerful perspective to the Office of the International President. Every IAM member is going to benefit from Monica’s expertise, knowledge and passion for our great union.”

Fluent in Spanish, Silbas was one of the initial members of the Spanish Leadership Working Group who helped develop course materials for the Spanish Leadership Program and other classes held entirely in Spanish at the IAM’s William W. Winpisinger Education and Technology Center. Silbas currently serves on the executive board of the Labor Council for Latin American Advancement (LCLAA).

Silbas was recently elected as a principal member to the Executive Committee of IndustriALL Global Union, which represents over 50 million workers in 140 countries.

Silbas will take over for longtime IAM Chief of Staff Owen Herrnstadt, who is retiring January 1, 2022.