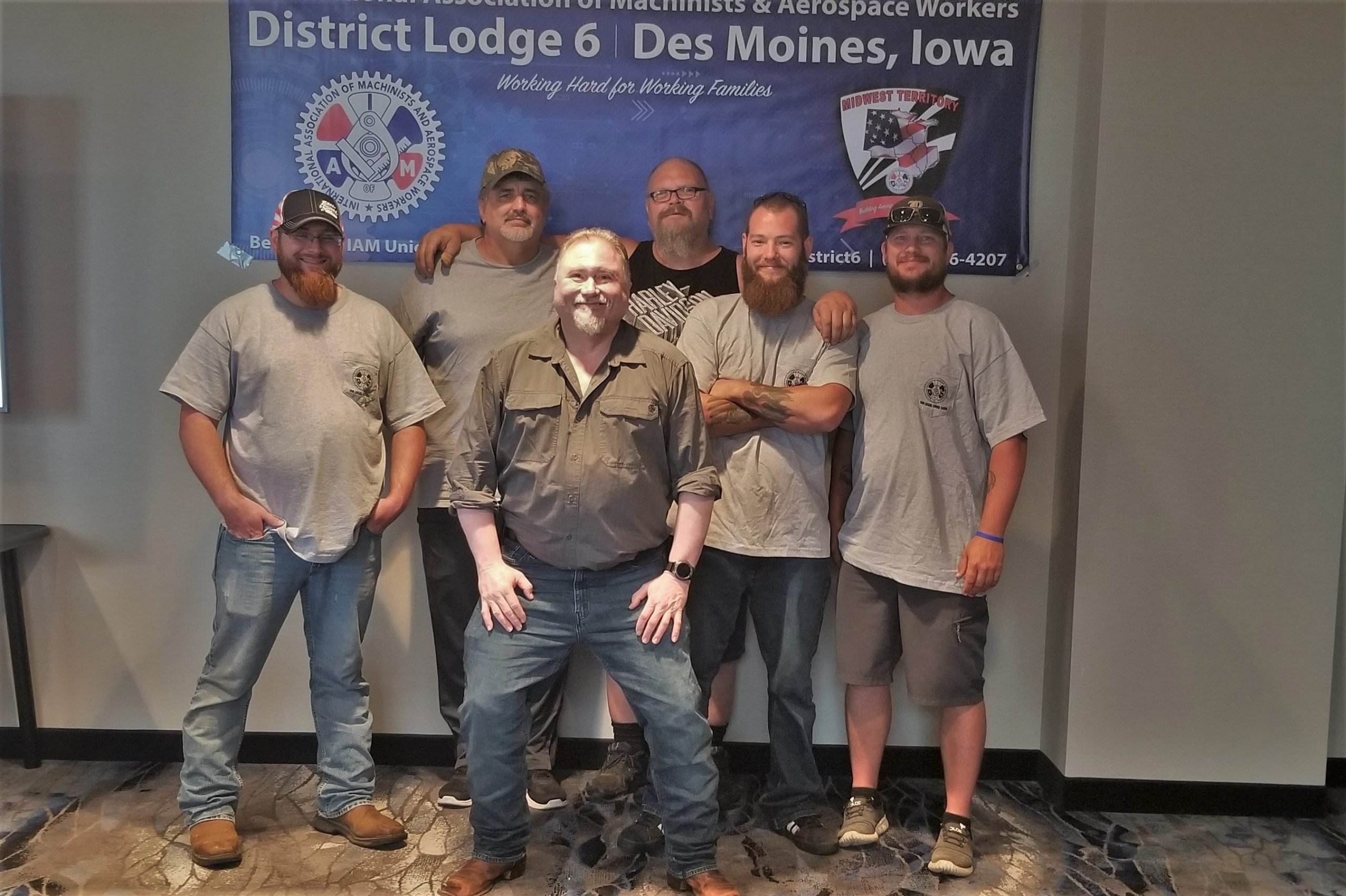 When workers at Clow Foundry in Oskaloosa, IA were faced with paying for their own health care, and given one week to do so, they knew who to contact. Their co-workers in the machine shop at Clow Valve were longtime IAM members. After organizing with the IAM in January, the nearly 60 new IAM members recently voted overwhelmingly to ratify a first agreement.

The negotiating committee made several important gains, including holding the line on health care, a driving issue during the organizing drive. The new accord also contains substantial wage increases in each year of the five-year agreement, which also included a ratification bonus of $3,000, as well as a 401(k) matching plan.

“This is a very good comprehensive first contract with gains in several areas,” said IAM District 6 Business Representative Gary Pickett. “This is a success story from the organizing effort to the ratification process. The ability to utilize the Field Negotiation Prep Class from the Winpisinger Center is priceless. My thanks to Business Representative John Herrig for his assistance, and to the Negotiating Committee, Stacy Craig, Andrew Williams, Joshua Britt, Robbie Saylor, and Shane Utterback for their solidarity and leadership in these talks.”

“My congratulations, and thanks go out to all involved,” said Directing Business Representative Randy Krewson. “The solidarity of this group made the difference, and they stood shoulder to shoulder during the organizing effort, and the negotiations. I welcome them to the Machinists family.”

“These new members recognized the IAM’s experience in negotiating strong contracts,” said IAM Midwest Territory General Vice President Steve Galloway. “The proof is in the results. Securing an organizing win and a first agreement in the first six months is no small accomplishment. Congratulations to the members of IAM Local 1498 at Clow Foundry, and a special thank you to IAM District 6 Business Reps. Gary Pickett and John Herrig, as well the Negotiating Committee for all of your hard work.”

The new members joined nearly 50 existing members from Clow Valve at IAM Local 1498. The castings produced by the members at Clow Foundry are shipped to the nearby Clow Valve a facility, which then produces fire hydrants, water valves and other critical infrastructure.