November US Sister of the Month
Toni McBroom 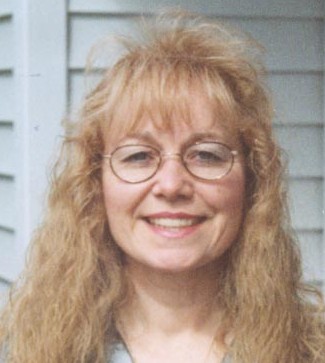 IAM Sister Toni McBroom has been an IAM member for nearly 25 years. Currently the Communicator/Educator for IAM LL 956 in Archbold, OH, Sister Toni has also served her local as Trustee and Recording Secretary and has previously served as District Lodge Vice President.

Sister Toni first became involved with her union as a way of protecting her good paying job and benefits.  At the encouragement of her District Lodge President, she became a member of the District E-Board and has been actively involved with the labor movement ever since.

In addition to her responsibilities within her local and district, Sister Toni has represented the IAM on the Coalition of Labor Union Women’s National Executive Board for the past 10 years, is active in her state CLUW chapter and other AFL-CIO constituency groups such as APALA and LCLAA.  In addition, she was involved with this past summer’s Diversity Town Hall Meetings hosted across the country in support of the ALF-CIO Diversity Resolution 2.

Sister Toni encourages all sisters to take the steps to get involved.  She reminds them to not give up and says when things seem tough don’t forget to work together.  “There are others who will help you.”

Barbra Wilander has been a member of the IAM for 27 years.  She is a production worker at Moduline Industries LTD., but serves her sisters and brothers of Local Lodge 2711 in British Columbia as the Conductor/Sentinel.

Sister Barbra first took interest in the union because she liked knowing what was going on, and most importantly what could be done to improve working conditions on the job.  When Sister Barbra was nominated to office, she accepted and won the election unopposed and has done a great job ever since.

There hasn’t been many obstacles to Sister Barbra’s achievements, but that doesn’t stop her from putting her best foot forward.  She advises any sister preparing to accept the responsibility of elected office to do her homework.  Sister Barbra says, “Research all the bylaws and understand them and participate in the courses and trainings.”

In her spare time, Sister Barbra enjoys activities such as cooking, crocheting, knitting and putting together puzzles.