US Sister of the Month
Mary A. Sansom 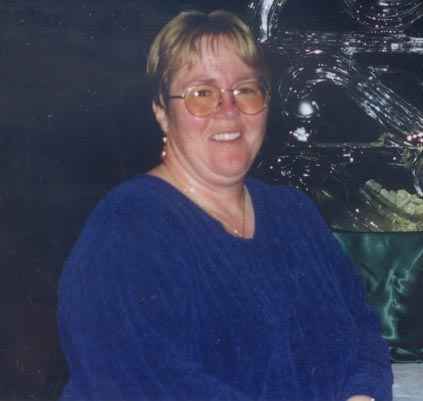 Sister Mary A Sansom hails from IAM Local Lodge 1833 from the Transportation District 143.  She has been an IAM member for 32 years.  Active in her union for most of that time, Sister Mary stepped up to become Recording Secretary five years ago when a large portion of the membership was lost in a raid.

An Equipment Service Employee at Northwest Airlines, she became more involved in the union to fight incidences of discrimination, harassment, injustice and employer intimidation.  In her past, Sister Mary had one caring person make a difference for her.  She has tried to give back by being there for others. When she gets “down,” Sister Mary draws strength in remembering members whom she’s been able to help, and says, “that’s why I stay involved.”

Sister Mary was the first woman to chair the Labor Division of the National Safety Council and the second woman to receive their highest safety recognition award, the DSSA. She’s served as Delegate to Grand Lodge Conventions, Democratic National Conventions, Labor conventions at the state level and District 143 Conventions and has written numerous resolutions to benefit working families.  She has participated in many educational trainings and recommends taking advantage of opportunities to improve yourself.

Sister Kathryn McCarthy has been an IAM member of Local Lodge 11 for three years and has held the position of Trustee for almost the entire time.  An aircraft inspector at AVCORP Aerospace Industries, Sister Kathryn was encouraged by friends and colleagues to attend lodge meetings.  She soon began taking a more active part, because she wanted to participate in building her newly formed lodge.

Sister Kathryn says she’s received help and encouragement from all her union sisters and brothers.  One of her brothers encouraged her to attend the Basic Editor’s Training at the Winpisinger Center, which ultimately led to her creating The Delta Wing, LL 11’s newsletter.  She is especially proud that The Delta Wing won an honorable mention award at the 2004 Grand Lodge Convention in Cincinnati, Ohio.

Based on her own experience, Sister Kathryn advises any sister desiring to become more involve to educate themselves on how the union functions.  She admits to being very timid at meetings until she learned procedures, adding, “Education is the key to power and the more you learn, the more confident you feel.”