US Sister of the Month
October 2007
Judy Pierce 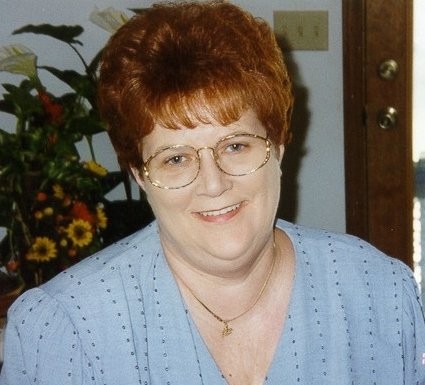 On August 23, 1965, Lyndon Johnson was president, Help by the Beatles was the number one song in America and the Kansas City Athletics beat the Detroit Tigers 4-3 at Municipal Stadium.

August 23, 1965 was also the day that 18-year old Judy Pierce started work at Beech Aircraft Company in Wichita and the day she joined Local 773, District 70.  She has been a loyal and highly involved member of her union ever since.

One of the first women to work in the Chemical Milling department at Beech, Judy went on to become the first woman in Local 733 history to win a seat on the local’s negotiating committee.

Over the last 42 years, Judy has taken on multiple leadership roles in her local and district, including successive term as DL 70 Secretary-Treasurer, a position she holds today.  She has also served as a Shop Steward, Local Trustee, District 70 Delegate, Legislative Committee member, Women’s Committee member and Grand Lodge Delegate.  Judy also worked on numerous organizing campaigns, including a lead role in the drive at RediRix.

In addition to her current duties as Secretary-Treasurer for the 14,920 members of District 70 in Wichita, KS, Judy is Secretary-Treasurer for the 2008 Grand Lodge Host Committee and serves as President of the Wichita/Hutchinson Labor Federation, editor of the only labor newspaper in Kansas and Vice President of the Laor Council for Latin American Advancement (LCLAA).

In her spare time, Judy is kept busy by two grandchildren, Piper-KayAnn and Pallas Marie Adams.

Sister Karene V. Strachan has been and IAM member for over 17 years and has held Executive Board positions ranging from Education, Secretary-Treasurer, Trustee and Shop Committee Chair.  She is a member of IAM Local Lodge 2603 affiliated with District Lodge 140.

A Finance Agent with Air Canada, Sister Karene has seen first hand the differences between unionized and unorganized jobs.  Sister Karene is glad to be in a unionized shop and wanted to be active in her union to keep it strong.  She sees union involvement as a “give and take” relationship.  She uses her skills obtained through education and experience to work for the betterment of the membership and in turn feels she’s developing into a strong and dedicated trade unionist.

Raised by her parents to believe her gender should never prevent her from succeeding in her endeavors, Sister Karene says all sisters should believe in themselves and not be afraid to, “Reach for the stars.”  Many years ago, Sister Karene received support and encouragement from her shop chairperson and since has been grateful to the continued guidance she’s received from others in her local and district.  She strives to return the favor by mentoring other sisters along in the hopes that one day women will be equally represented in all areas of leadership and politics.