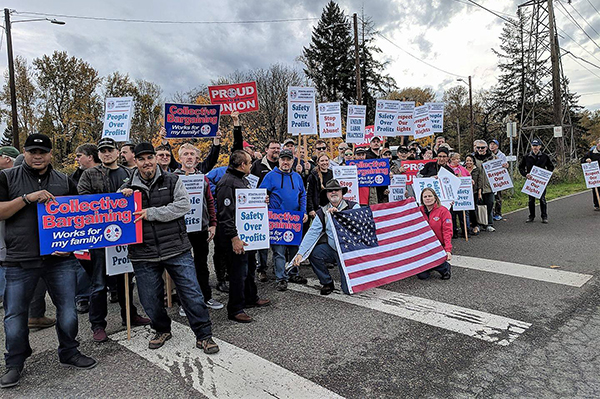 After an eight-month legal battle, 100 welders at Precision Castparts in Portland, OR got one step closer to having union representation when they were on the winning end of a recent decision under the NLRA. In September 2017, the group voted to join the IAM, but the company disputed their ability to do so.

The ruling stated due to their specialized craft, the highly skilled welders could be a distinct bargaining unit within the 2,500-person workforce at Precision and could vote to join the IAM as a 100-person group.

“These workers deserve to be part of our great union, the Fighting Machinists,” said IAM Western Territory General Vice President Gary Allen. “Their courageous fervency and steadfast commitment to one another has won them the right to bargain for a contract. This company has gone through great unethical lengths to erode and diminish their rights, but our Union will not back down until justice is served. These workers know that they are part of a much bigger family with the IAM and we have their backs.”

Workers at the plant make heavy-duty metal components for airplanes, generators and other industrial products.

Precision has until May 18 to request a review of the decision.