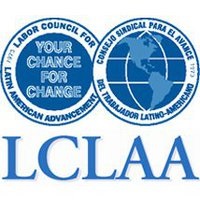 The 2014 Labor Council for Latin American Advancement (LCLAA) National Convention will take place in Houston at the Hilton Americas from August 6 to 8, 2014. The convention brings together important Hispanic and labor leaders; local, state and national political figures; and a diverse coalition of non-profits, think-tanks and community-service organizations to create LCLAA’s agenda for the next two years.

Early registration forms for the LCLAA Convention will be accepted until June 30, 2014. The cut-off date for a reduced room rate is July 16, 2014.

CLAA will host a series of events including a women’s leadership luncheon and the Montemayor-Barraza Awards Gala. Workshops and discussions will center on key priorities for Latinos and labor such as immigration reform, education, civic participation and jobs.

“In this election year it is critical that we continue to link politics to organizing and look to the Hispanic community as an opportunity for advancement,” said LCLAA National President Milton Rosado. “The policies that Congress and the administration establish must include thoughtful issues that represent our priorities.”