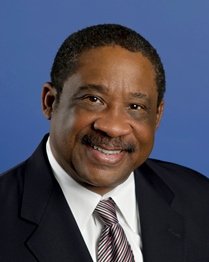 Robert Roach, Jr., says he found his inspiration to become a union leader more than four decades ago as a ramp service person at Newark Airport.

“The people said to me, ‘you’re the guy. We want you to represent us,’” recalls Roach.

His coworkers elected him shop steward – and the rest is history. He would become president of IAM Local 1445, then general chairman of Airline District 142. Noticing Roach’s talent, IAM leadership tapped him to become Transportation General Vice President in 1999 and General Secretary-Treasurer in 2012.

“You have to find your niche that makes you happy and work towards that goal,” says Roach. “The overall goal is to represent our workers.”

Roach’s advice: Become involved, read your collective bargaining agreement, get an education and stand up for those who came before you.

“Nobody that worked 35, 40 years wants to be a burden,” said Roach. “It’s a matter of the nation protecting the people who built the nation.”

Read and listen to Roach’s full interview on the IAM Local 2323 website.

Are you a Young Machinist? Join us at the IAM Women’s, Young Workers and Human Rights Conference, October 7-11, 2015 in San Juan, Puerto Rico. Download the call letter and registration form, and then join the conversation on Facebook.