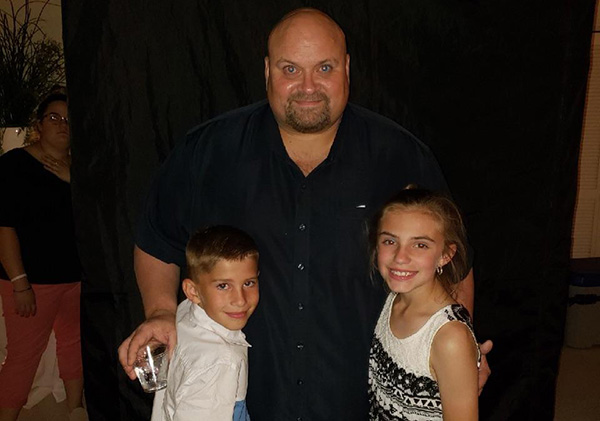 To be honest, IAM Member Craig Martin’s entire life has been leading up to this next step. The word Union has always been, and always will be, a part of his vocabulary. And on August 1, 2018, Martin will join the Southern Territory Staff as a Grand Lodge Special Representative. He has been a dynamic Machinist member since 1997.

“We heard the word Union almost daily as kids. My dad was an active Steward for the Teamsters Union and I learned early on the importance of holding a union card,” said Martin.

It was this foundation that led Martin throughout his personal and work life.

“Some of my earliest childhood memories were getting ready in case my daddy went on Strike; learning to cut corners on the family budget, making the dollar count, getting bills paid early in case the money ran out,” remembers Martin. “He used to say to us ‘We have to do this for the workers on the shop floor. We have to stick together so we can all get better wages, benefits and working conditions.  It’s what they deserve.’”

After finishing the Industrial Machine Shop program at Sowela Technical Community College in Louisiana, Martin headed over to PPG Industries in Lake Charles, to get a job and a Machinist card. Unfortunately, the universe threw him a curve ball.

Martin laughs as he tells the story. “I interviewed four out of five years for a machinist job at PPG and they had no openings. Finally, after my fourth try, I took a job as a machinist apprentice just to get that card and a foot in the door. Sad to say, I made more money as an apprentice there than as a journeyman at a non-union facility. Just goes to show you what the Union can do.”

Martin got involved right away and worked his way from Shop Steward for IAM Local Lodge 470 all the way to eventually taking on the position of DBR of District 161 in August, 2008. He held almost every union position available during his career including Local Lodge Communicator, President, District 161 Financial Secretary, President of Louisiana State Council of Machinist, Executive Board Member of the Southwest Louisiana Central Trades and Labor Council Executive Board Member of the Louisiana AFL-CIO from 2006 to the present.

But there’s one story that you won’t find in his bio that has definitely defined his career and given him purpose.

“I was house-calling for an organizing drive in New Iberia, LA in 1998. I’ll never forget it was Valentine’s Day when we drove up to this man’s house, if you could call it that. Honestly, it was nothing more than some wooden boards stuck together in the form of a shack. The gentleman we spoke with was so excited that he had enough money left over from his paycheck to buy his wife a single rose and a small tin of Hershey Kisses for the holiday. All I kept thinking was workers deserve to do better than this,” said Martin.

For Craig, this is an exciting time for him and his family. He’s ready for a new challenge and he says he feels privileged, to not only be working with such a great team but to be able to reach even more members and help them achieve all the good that comes from having a Union card.

Martin adds with a big, hearty laugh. “I’m also looking forward to locating some new hunting and fishing places, but that’s probably not something we need to tell the boss.”

“He better invite me,” replied Blondin with a grin.