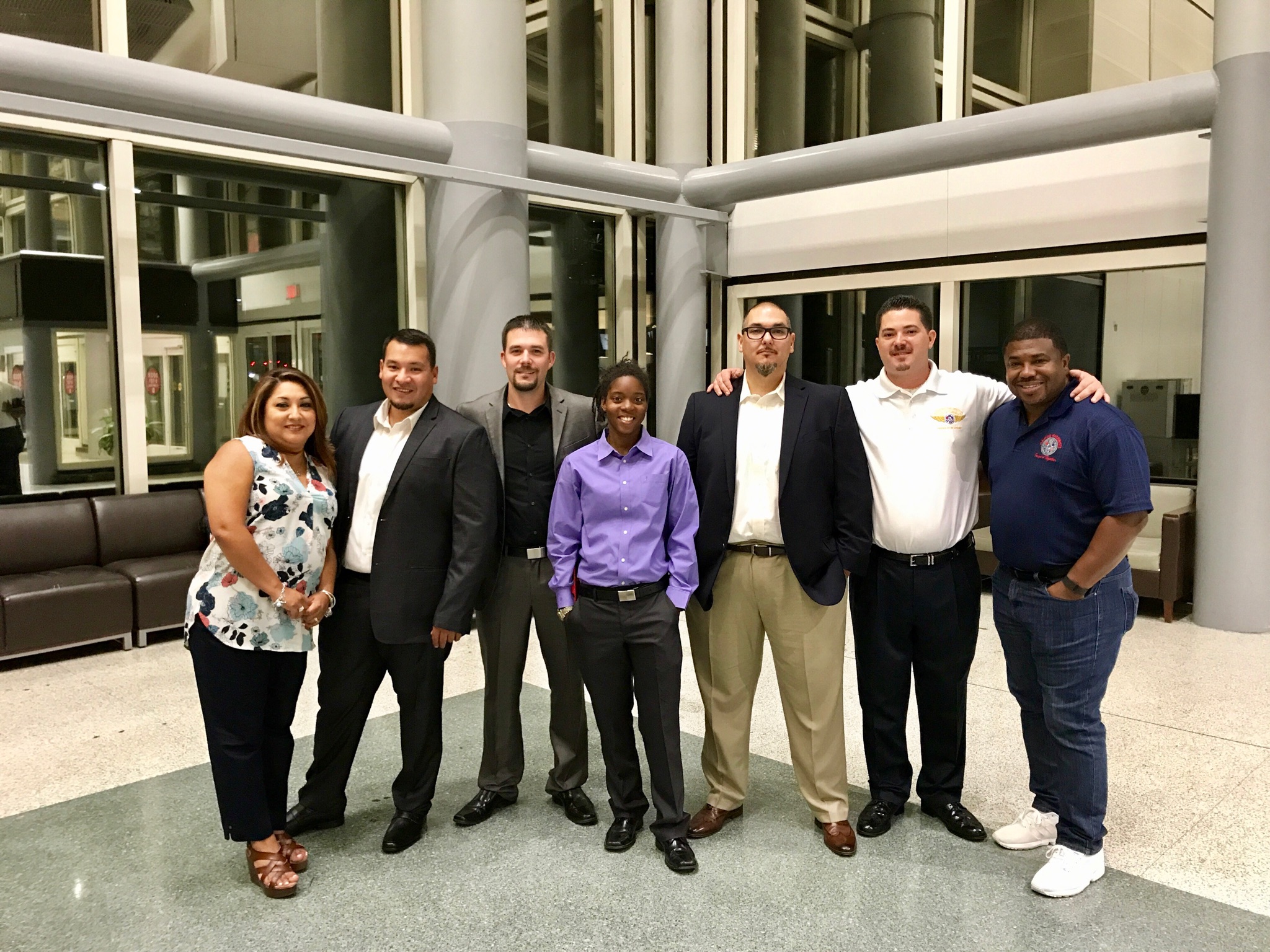 The International Association of Machinists and Aerospace Workers has always been synonymous with being the largest airline union in the country. We are the Heavyweight among giants in a field that’s forever changing due to the economic climate. That’s important when it comes to Organizing. And it’s why a group of about 130 workers in Houston have voted ‘Yes’ for the IAM.  The men and women working cargo, ramp and baggage for Swissport International Ltd. at Bush international Airport in Houston, Texas know from experience, being a Machinist Member counts at the bargaining table.

“We are thrilled to add a new group of hard working airline workers to the Southern Territory,” said General Vice President Mark A. Blondin. “With the other contracts we have with Swissport across the country, these workers have seen firsthand that an IAM contract is a game changer. Better wages, a secure pension, stronger working rules – these are the ideals that make our contracts the Gold Standard in this field. And we are proud to represent even more of the hard working people who make the airline industry, here in the United States, second to none.”

But like any good campaign, it took a team effort to bring this home. Without members from both the Organizing and Transportation Departments, this would never have come to fruition. And these employees would never know what a good Union contract can do for them and their families.

“With this win, it allows employees to have that voice, and fairness on the job,” said Byron Williams, Directing Business Representative of IAM District Lodge #37.  “We had help from Fabian Leindo, Sonny Martinez and Joe Cicala in the Organizing Department and from IAM Members Norma Ramirez, Israel Valdivi, and Jorge Bonilla in Transportation, volunteering on their own when available, to make it happen.”

General Vice President Mark Blondin agrees. “It doesn’t matter if you are from the Southern Territory, Organizing Department or Transportation, when we work together, the IAM is one team and we win!”

Right now, the IAM represents hundreds of Swissport employees across the country from Florida to California. And although the IAM has a neutrality agreement with the company, there are still a lot of issues in Houston which need to be addressed. Low wages, split shifts and overtime concerns are just a few of the reasons why workers feel they need representation on the job. But for now, these employees are just happy the IAM is in their corner.