Vote Your Job?Vote Obama! Information, News and Downloadable Flyers to Share with Friends and Family

President Scardelletti Leaves No Doubt About Who Gets His Vote:
The Ballot Goes to Obama and Biden 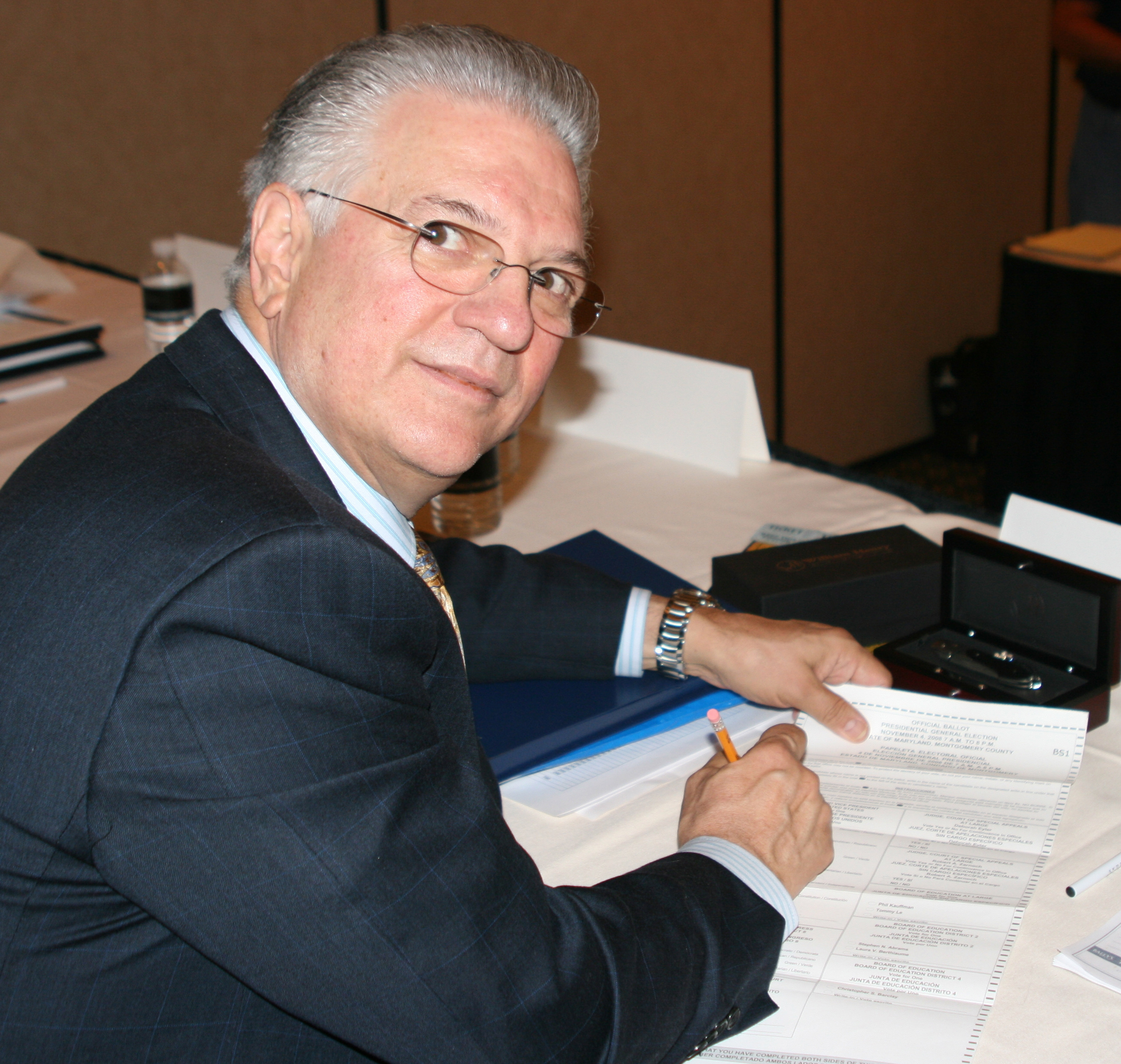 As TCU International President, Bob Scardelletti travels a lot, spending a great deal of time away from his home. That’s why he applied for an absentee ballot for the upcoming presidential election. A week ago he was in Nevada leading a series of four meetings of TCU reps and local officers when he received his ballot.  Here for all to see during the last session, in front of 60 Carmen and others, he proudly marked the box for Barack Obama and Joe Biden.  “I urge every TCU member, and their friends and families, to join me by voting for these two leaders, Obama and Biden, who will stand by us, rebuild our nation and lead us on a course of pride and prosperity.”

Conservative Leader Weyrich Says ‘Amtrak in Real Trouble’ If Sen. John McCain Is Elected President
If you think only Democrats are worried about what will happen to Amtrak if John McCain is elected president, think again.  Read more.

Plumbers’ Union: McCain’s Plan Actually Turns Its Back on ’Joe the Plumber’
McCain’s manufactured outrage on behalf of Joe would be a lot more believable if his economic plan had anything to do with helping working people deal with the economic crisis, says the UA.  Find out more.

Seniors: Find out what McCain has in store for Medicare.

On health care:
Where Obama Stands
Where McCain Stands

On the economy:
Fundamentally Strong?
In an Economic Crisis, Who’s on Our Side?

Video: Barack Obama—From Those Who Know Him
Shared by the United Transportation Union from its website, this video was prepared because transportation labor in Illinois wants working families across America to know the Barack Obama they trust and support –the Barack Obama who knows railroad issues in detail and who who has been a consistent and reliable friend of working families.  The video speaks for itself.  The 512 megabyte version offers higher video quality, but is not recommended for users without a broadband Internet connection.

In His Own Words, By His Own Actions:
Why No TCU Member Should Vote for John McCain

»  Amtrak members, download a flyer to find out why a vote for John McCain is a vote against your job.
»  Freight railroad members, here’s a flyer for you.
»  Special to Supervisors Division Members—Read International Representative Joe Derillo’s letter urging members “to vote  their jobs.”

Learn more about where John McCain stands on the issues in general.  Then consider some specific examples, all from McCain’s own mouth:
|
• McCain on Rail
• McCain on Transit
• McCain on Longshore and maritime
• McCain on Aviation
• McCain on Highways and infrastructure

Why McCain Isn’t the Candidate for Seniors, Either

For the most part, members of TCU are covered by the Railroad Retirement system when they retire.  But for a lot of our families — our mothers and fathers, grandparents, and other family members — what happens to Social Security will determine whether they have money enough to live out their lives with dignity and security.  What do the candidates have to say? 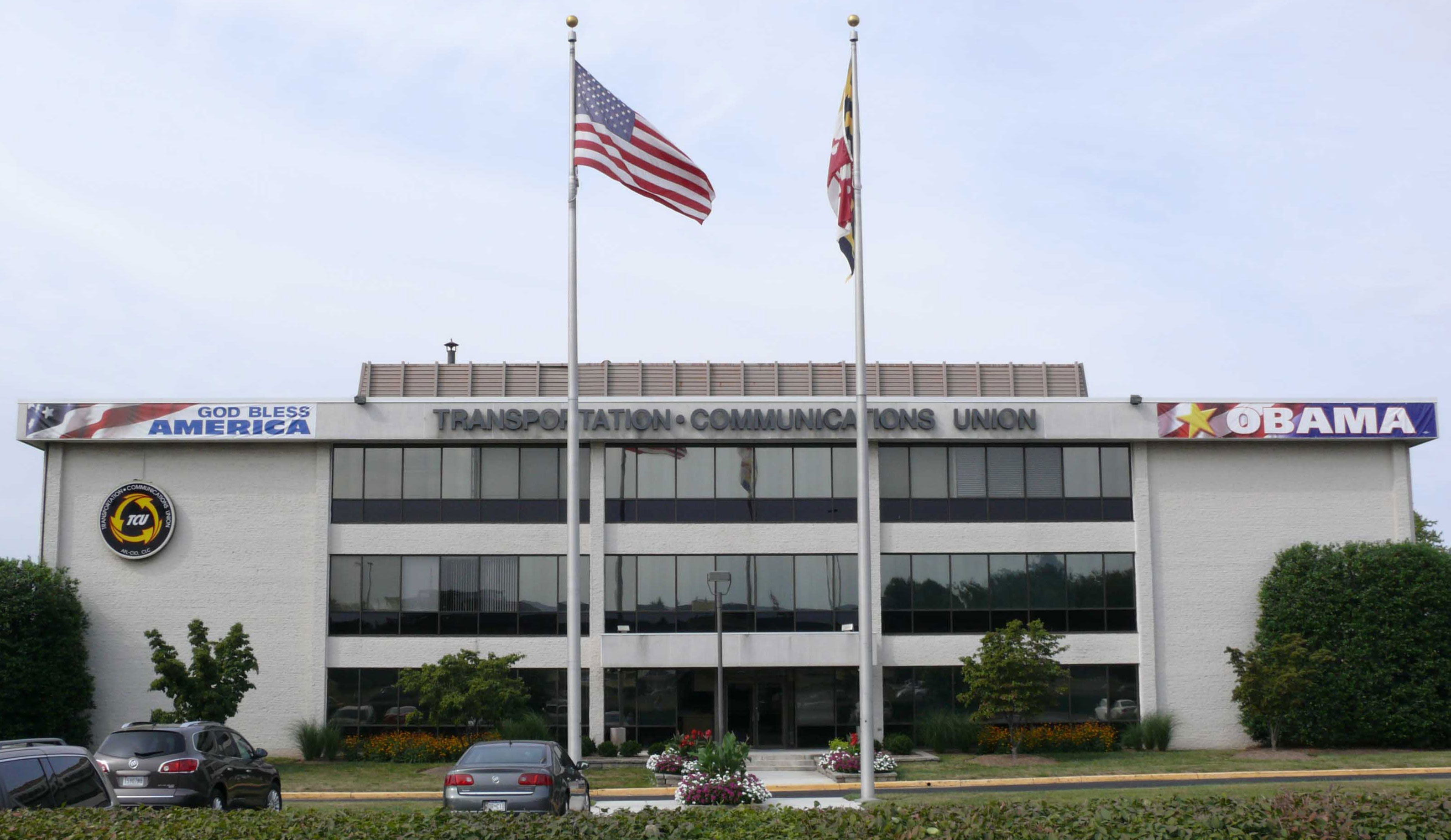 The message of TCU’s support for Barack Obama reads large and clear for the thousands of people who drive the highway past TCU headquarters in Rockville, Maryland (just outside Washington, DC) each day.  A new banner for Obama has been installed on the right side of the building, joining the banner on the left reading ‘God Bless America’ which was put up shortly after 9/11.

Obama to TCU: ‘I Am Proud to Stand With and For You and Your Members’

It is an honor to have the endorsement of the Transportation Communications Union and its members,” presidential candidate Barack Obama wrote to International President Bob Scardelletti.  “I am proud to stand with and for you and your members.”  He speaks of the need to strengthen the nation’s transportation infrastructure, improve and expand Amtrak service, provide security funds for transit and rail, and pledges to appoint to key agency posts “men and women who understand the situation of working families and who will enforce our labor laws.” Read the full letter. 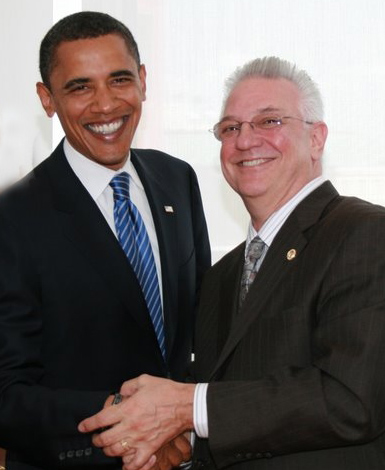