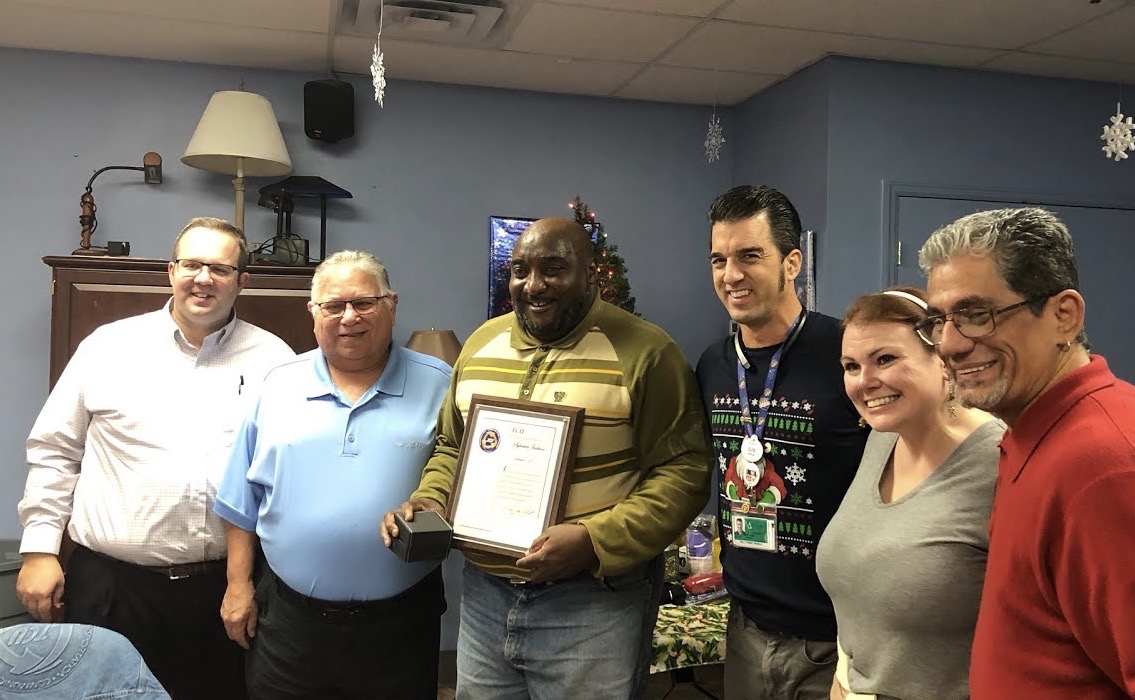 On December 1, 2019 long time Walt Disney World employee and TCU Shop Steward Sylvester Jackson retired after thirty eight (38) years on the job. Brother Jackson began his career as a house person for Walt Disney World resorts in 1981. A few years later he joined the ranks as a TCU shop steward assisting in the representation of his fellow members. 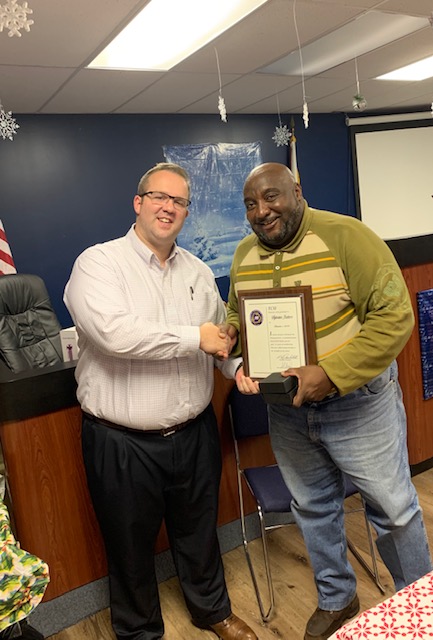 Brother Jackson’s service was recognized and he was presented the solidarity plaque and a commemorative TCU/IAM watch at the 1908 Lodge meeting on December 5, 2019. “38 years is quiet a career at Disney. Sylvester is a dependable shop steward who earned the respect of both his peers and his leaders. We certainly appreciate his service to our union and members. We wish Bro. Jackson a long, happy and healthy retirement” said National Vice President Matt Hollis who made the presentation.