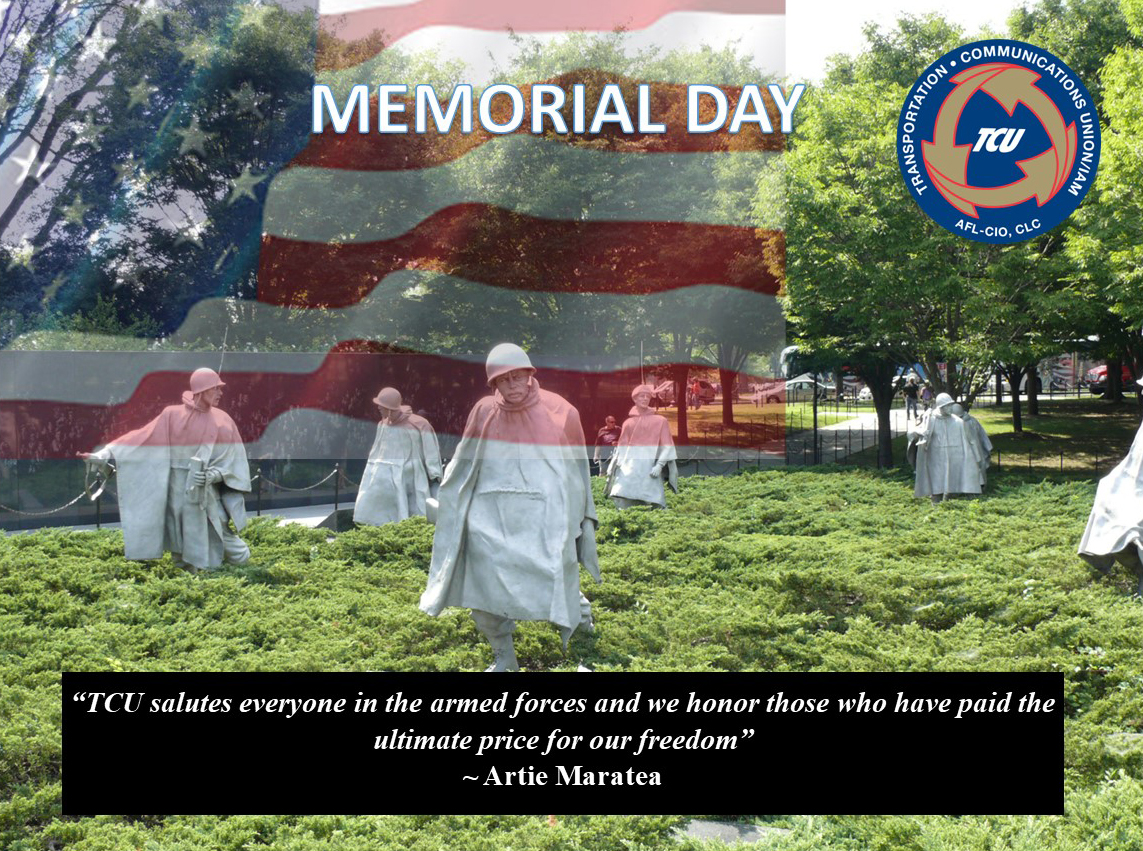 Memorial Day is a United States federal holiday observed on the last Monday of May. Formerly known as Decoration Day, it commemorates U.S. men and women who died while in military service. First enacted to honor Union soldiers of the American Civil War (it is celebrated near the day of reunification after the civil war), it was expanded after World War I to include American casualties of any war or military action.

“As this global crisis seems to be lessening, it becomes ever more important to acknowledge those that are making extraordinary sacrifices around us,” said TCU President Artie Maratea. “I especially want to take a moment to honor the TCU members that we lost to this pandemic and to those who continue to work on the frontlines, you are heroes to us all!”

Have a safe Memorial Day weekend!

Click here to read the Memorial Day message from the IAM.