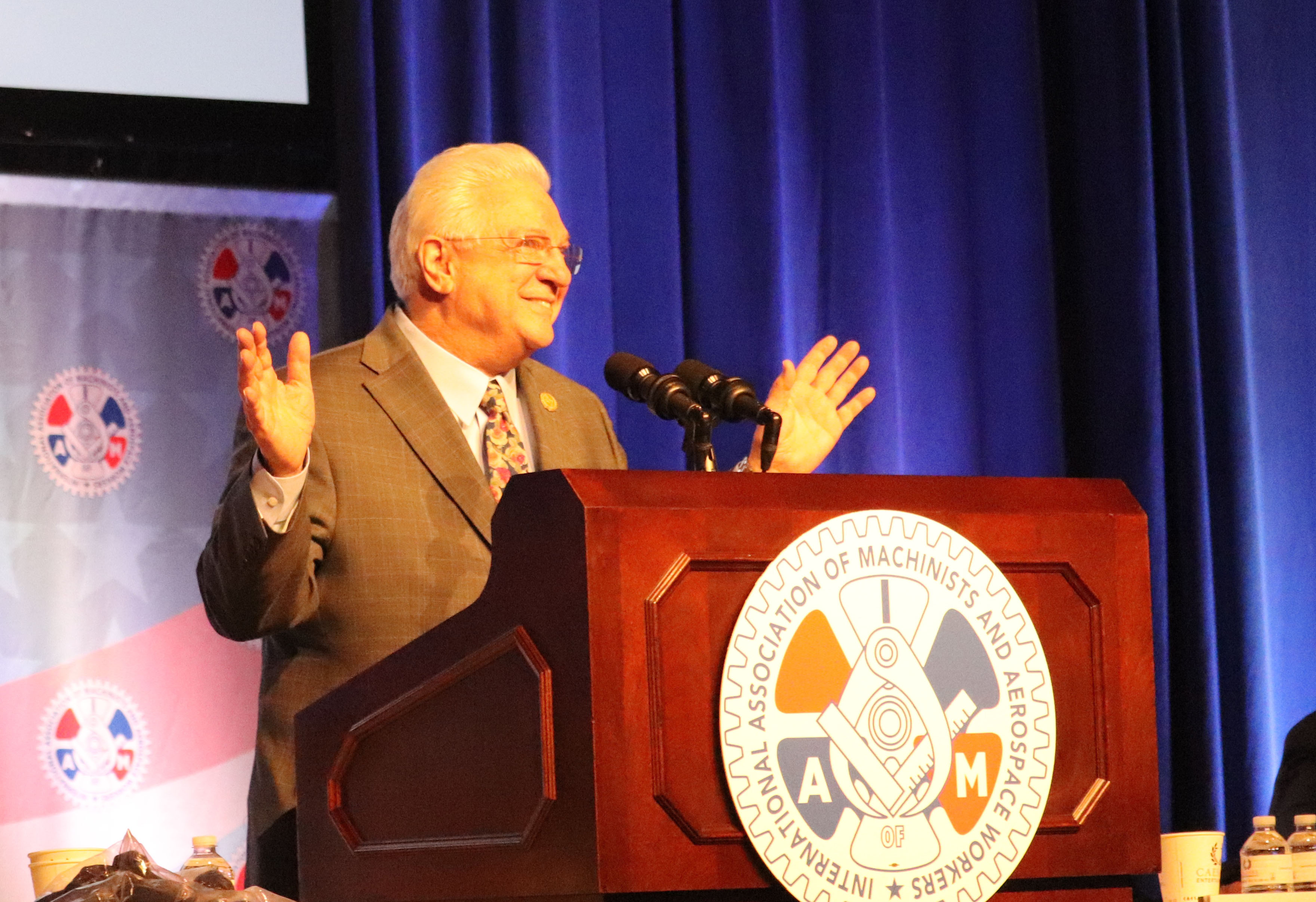 President Scardelletti said, “The contracts that people in this hall negotiate represent some of the best there is. No one does it better than our transportation territory.”

“I bring you greetings from thousands of TCU/IAM members throughout this nation. We are proud to be a part of the greatest union there is, the International Association of Machinists and Aerospace workers.”

“TCU is providing representation to our members at the highest level ever provided under contracts that easily rank as some of the best in this country some of the best in our history. Our wages can stand up to any contract. In most cases they are superior.”

“Coming this November we will be serving Section 6 notices under the Railway Labor act for wages, health care, and other matters for the ensuing contract. Beginning January 1, 2020. Covering our national freight railroads. It’s our largest contract.”

This will be an extraordinary year for TCU as it pertains to contract negotiations. In addition to national negotiations beginning other contracts have begun or will begin at various points throughout the year.