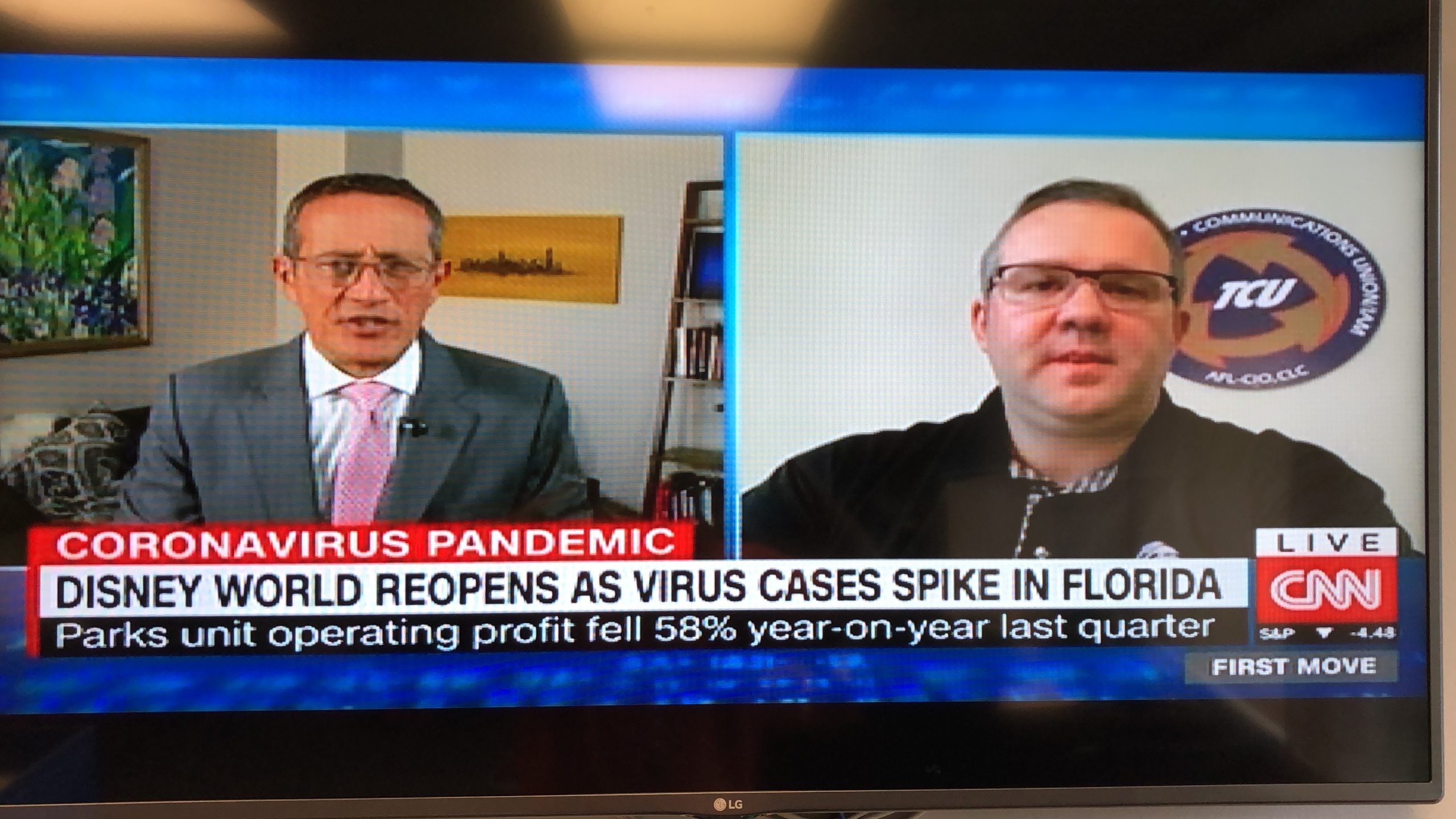 During the interview discussing safety and concerns about a safe opening Matt said, “Disney has consistently and timely addressed the concerns that we brought up and we expect that to continue.”

“This is a good opportunity to demonstrate that in work forces where employees have a union, they have a voice in their working conditions, if the employers take those concerns seriously and implement them consistently then Disney can lead the way in demonstrating how to open up a theme park.