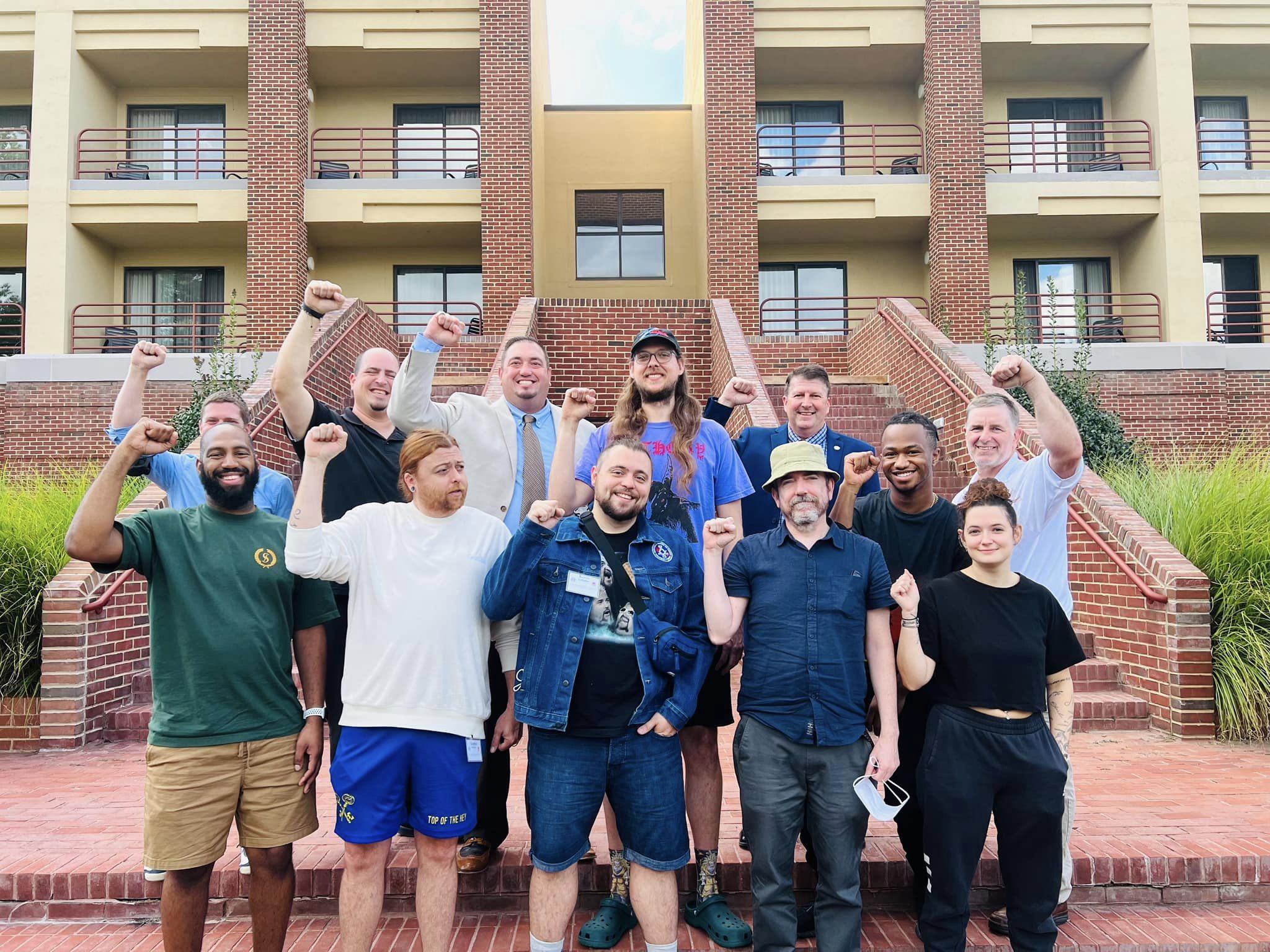 WASHINGTON, Oct. 29, 2022 – The International Association of Machinists and Aerospace Workers’ (IAM) Coalition of Organized Retail Employees (IAM CORE), the first Apple workers to join a union, recently sent a letter to Apple CEO Tim Cook addressing the news that Apple will exclude IAM CORE members in Towson, MD. from certain educational and medical benefits being offered to all other Apple employees starting next year.

IAM CORE members have been focused on securing a deal that gives members the proper respect and dignity at work and sets the standard in the tech industry. The members’ letter to CEO Cook expressed disappointment about not following the prior practice of including Towson employees in corporate-wide enhancements after consultation with the union.

Support Petition for IAM CORE members: Apple Workers, We Stand With You!

“Even more troubling are the reports of leaders in stores stating that these benefits simply cannot be given to employees in the Towson store just because we have formed a union,” wrote IAM CORE employees in a letter to Apple CEO Tim Cook. “There is crucial context missing in this communication around the process of change within a unionized store and the fact that we can, and we will include these (and any new benefits) in our collective bargaining contract proposal. Finally, as of today, Apple management has not yet provided our union with any details about the new benefits, so that we have an opportunity to include them in our upcoming contract negotiations.”

“The IAM and the members of IAM CORE won’t be silent about any differential treatment from Apple,” said IAM Eastern Territory General Vice President David Sullivan.  “Our members in Towson work daily to protect the Apple brand and serve as frontline ambassadors. They deserve to be treated fairly and receive communication on any impact on their work life. We look forward to sitting down at the table with Apple to iron out any issues in the future.”

“Our union remains committed to providing the full resources for our IAM CORE members at the Apple store in Towson,” said IAM International President Robert Martinez Jr. “We are fighting hard to ensure they receive an industry-leading contract that will allow other Apple employees across the nation to recognize the power of collective bargaining. I will make myself available to sit down with CEO Cook anytime.”