As this great union celebrates its 110th Anniversary, a bold new beginning was taking shape on the Convention floor. Re-election of every International officer by acclamation was just the beginning. In another stirring and inspirational moment, International President Bob Scardelletti thanked his Wife, Diana and his family, and addressed the delegates with emotion clearly in his eyes, “Thank you for your unwavering support which has given me the strength to carry on. I will never let you down.”

International Secretary-Treasurer Danny Biggs also thanked his wife and those he works with and stated to the delegates, “I Promise you all that I will do my best.” 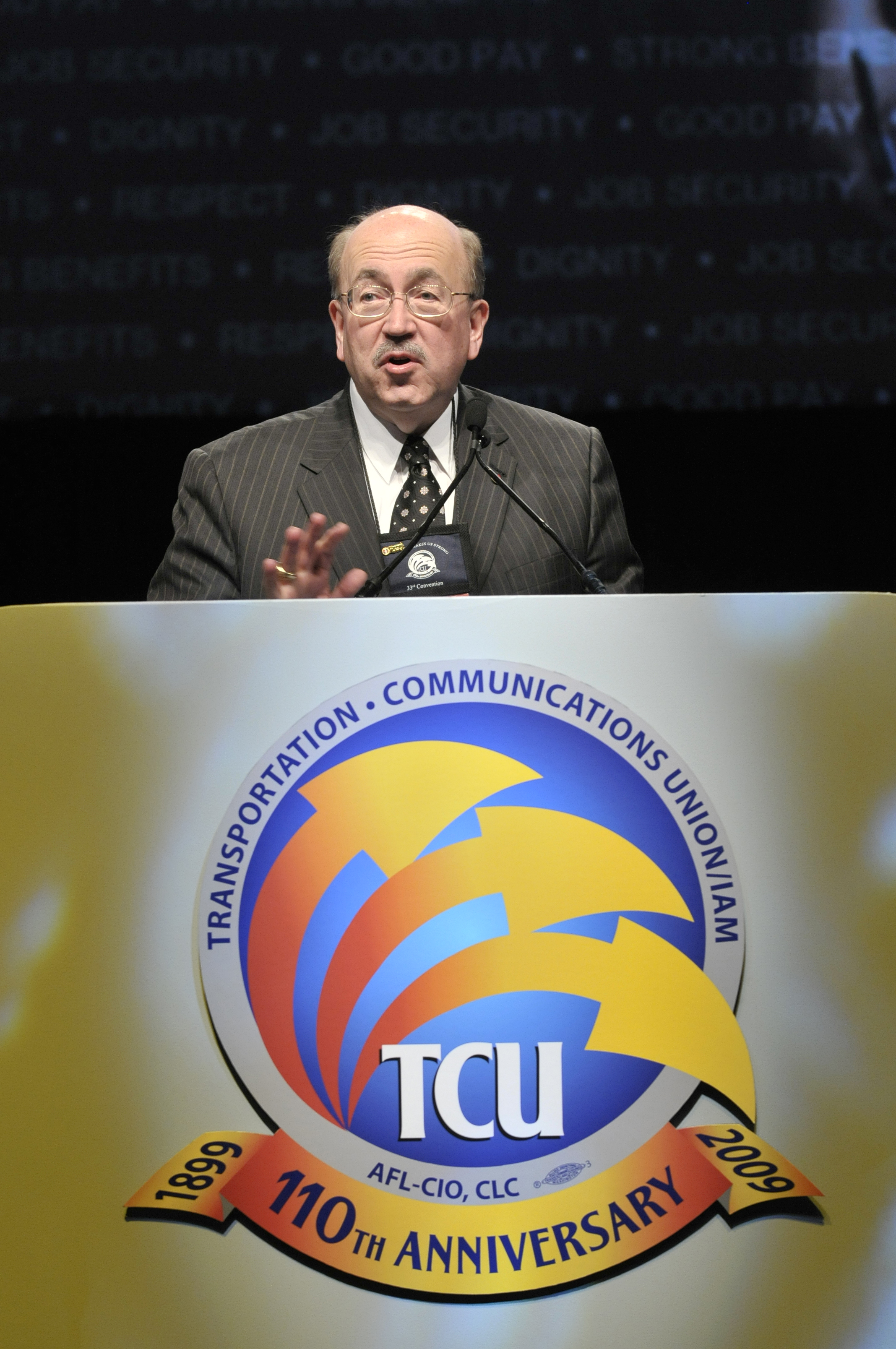 The unity shown throughout this Convention was on clear display in these proceedings. Every speaker pointed out the strength that TCU has shown. The Convention theme of “Our Union Makes Us Strong” became the rally cry for each person as they addressed the delegates. That strength will move us forward into this great union’s future.