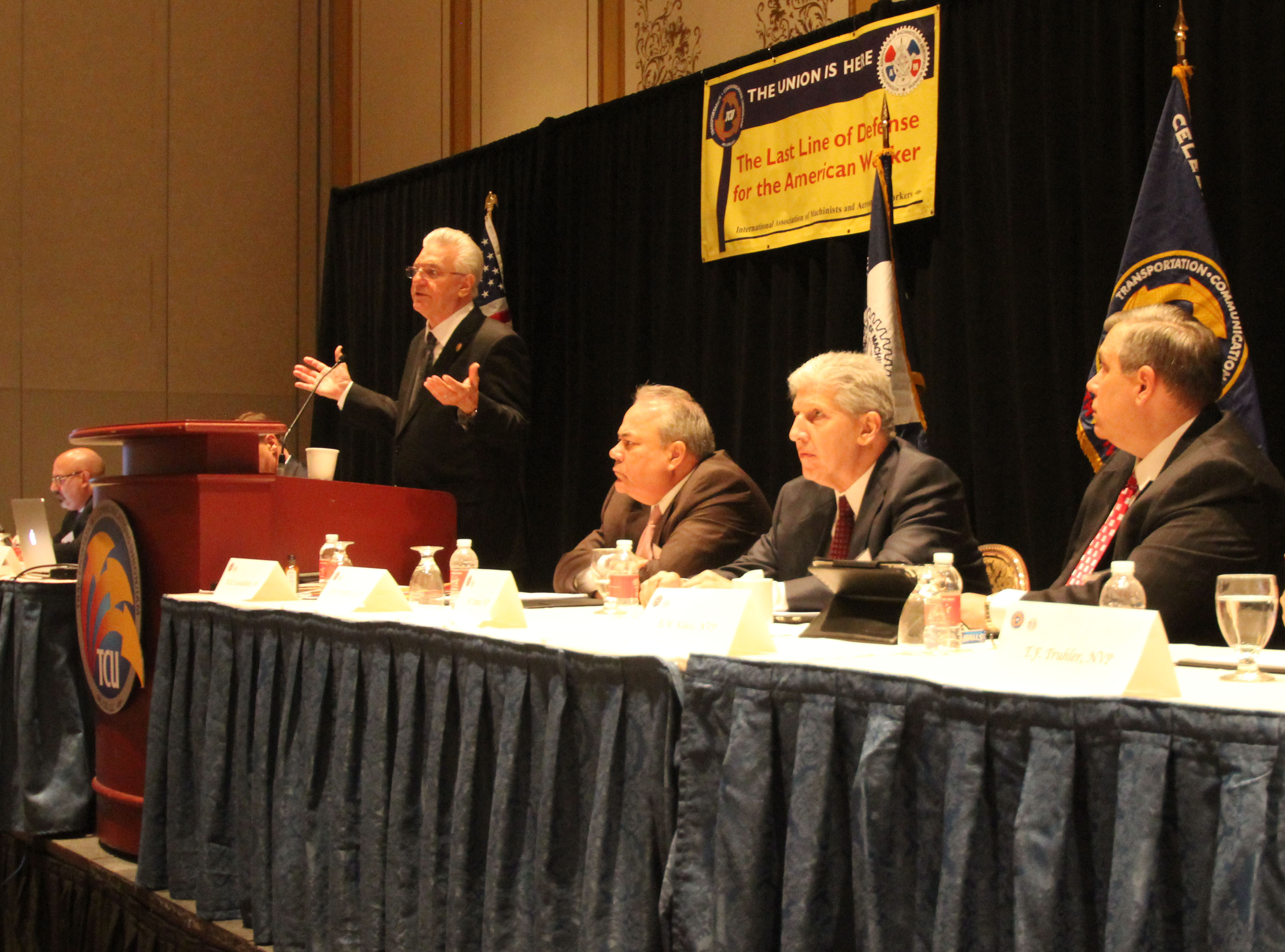 A recent meeting of TCU/IAM Local Chairpersons presented the attendees with information vital to take back to their Locals.

With a packed agenda for Clerks, Carmen, Supervisors and all other crafts within TCU and breakout sessions with the Unit National Reps each attendee was given information that will continue to make TCU a more effective union. The topics for the Conference were; Collective Bargaining and recent bargaining successes, How MNPL effects our jobs, Updates on major happenings in Freight and Passenger rail, FMLA, Whistleblower Protection and the FRSA and the current finances of the union. 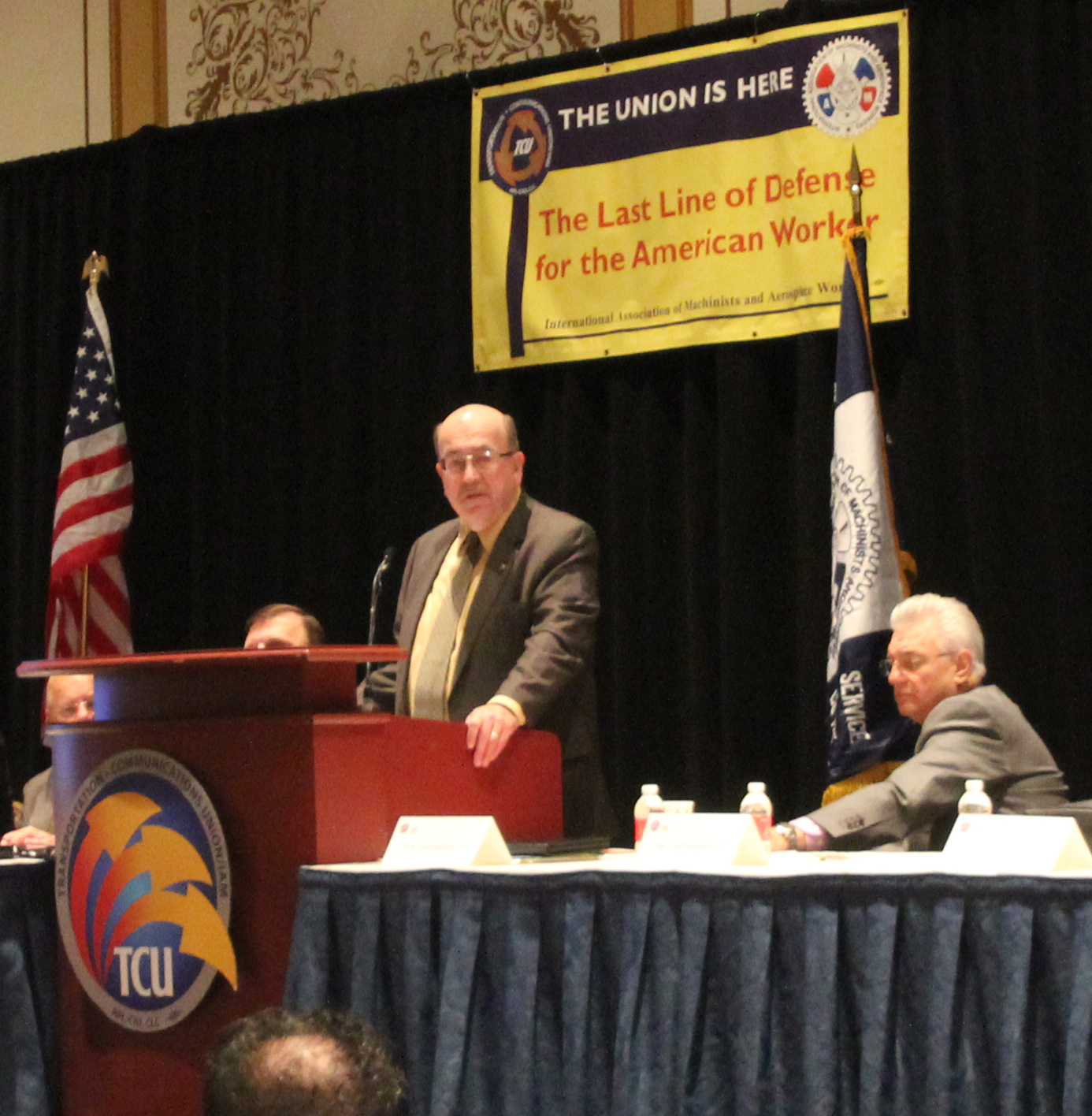 In his address to the Conference President Scardelletti discussed the challenges facing TCU/IAM with the upcoming implementation of the Affordable Care Act also known as Obamacare, “President Buffenbarger and I were the first and only labor leaders in the AFL-CIO to sound the alarm on how the Affordable Care Act would hurt union negotiated health benefits I will never let a political endorsement get in the way of fighting for the interests of our members.”

IAM President Buffenbarger echoed the same strength. “Our union is the last battlement that exists in this country that will make a fight for what’s right, you happen to be the leading ranks of that fight.” 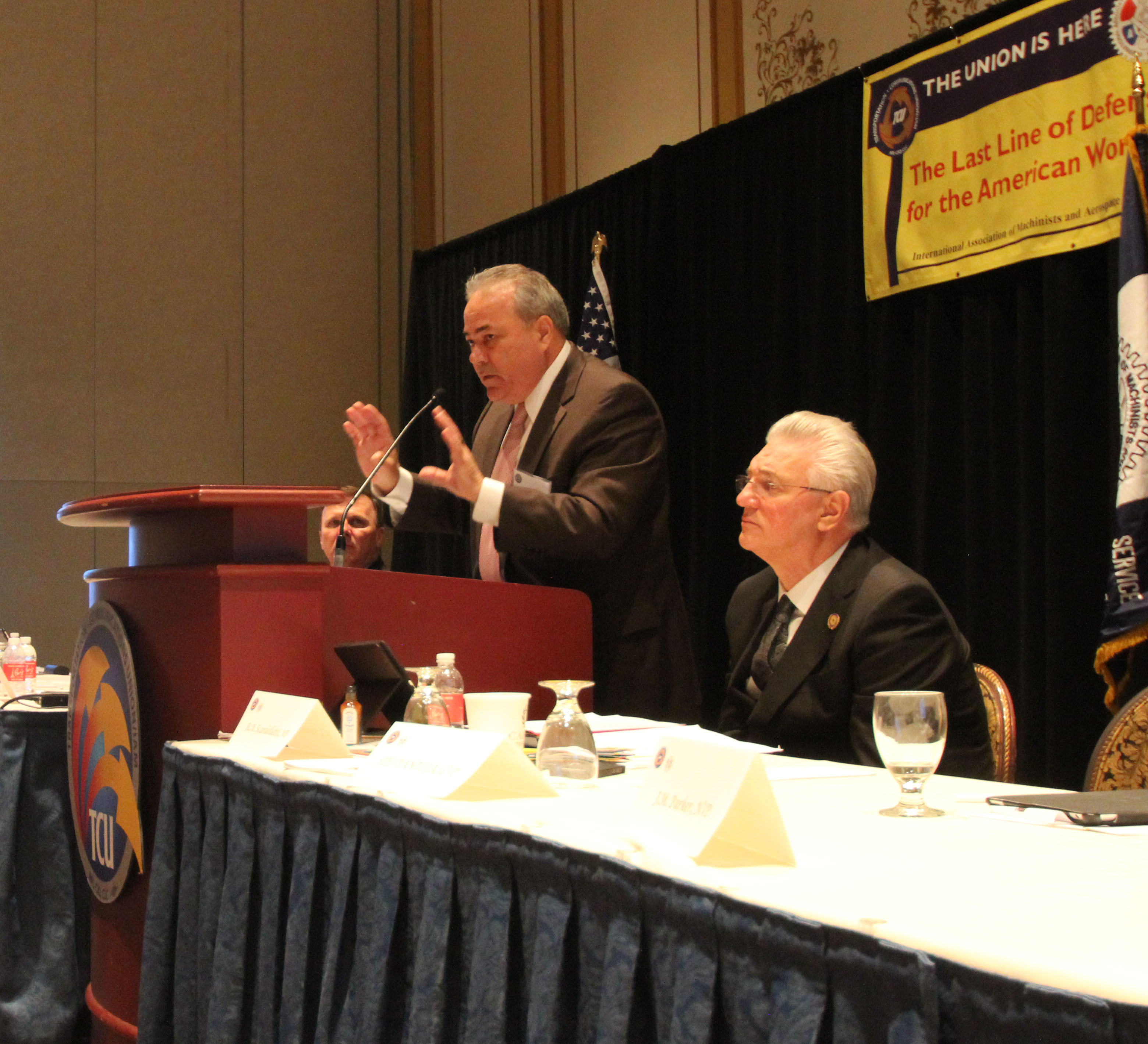 National Vice-President Parker addressed the conference and reported on the major rail contracts that were recently settled and those currently open, “Through the bonds of solidarity we have forged, TCU and IAM have led the way in one contract victory after another.”

Parker gave strong reason why TCU fights against the current assault on Amtrak workers, “TCU represents Amtrak On-Board workers because the Brotherhood of Sleeping Car Porters chose to merge with us. That historic union was led by that giant of the Civil Rights movement, A. Philip Randolph, who was the decisive figure behind the famous 1963 March on Washington, at which Martin Luther King delivered his “I Have a Dream” speech. It will be a cold day in hell before we let Republican know-nothings like Congressman John Mica trample on A. Philip Randolph’s legacy.”

President Scardelletti introduced a new benefits sheet showing the value of the existing railroad contract, what it brought over the past 30 years and will continue to bring throughout retirement today. For an average of $16,000 in dues the wage and benefits equal close to $4 Million. He used this to show how valuable the leaders in the room are to the membership, “Never forget what we continue to work for the members represented by you are working under Union Contracts that are second to none they rely on us to provide them with quality representation and we will never fail them.”