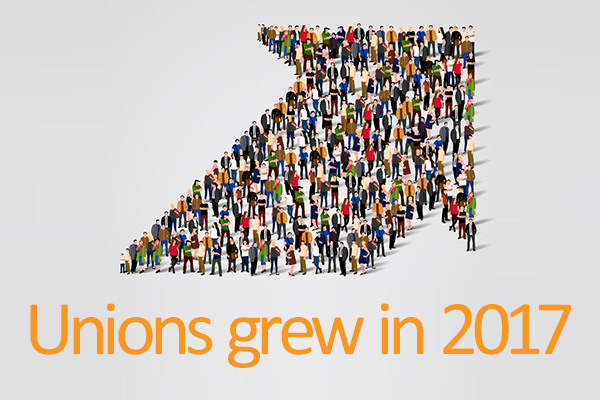 Despite all the challenges facing organized labor, union membership grew by 262,000 in 2017, according to the latest report released by the U.S. Bureau of Labor Statistics.

These numbers are impressive considering all the battles unions are fighting in the current political atmosphere with right-to-work and outsourcing.

The report also showed now, more than ever, it pays to be union. Median weekly earnings for union members were $1,041 compared to $829 for non-union workers.

The IAM plans to continue the trend of the growing labor movement. Last week a plan was unveiled on how to grow the Machinists family.