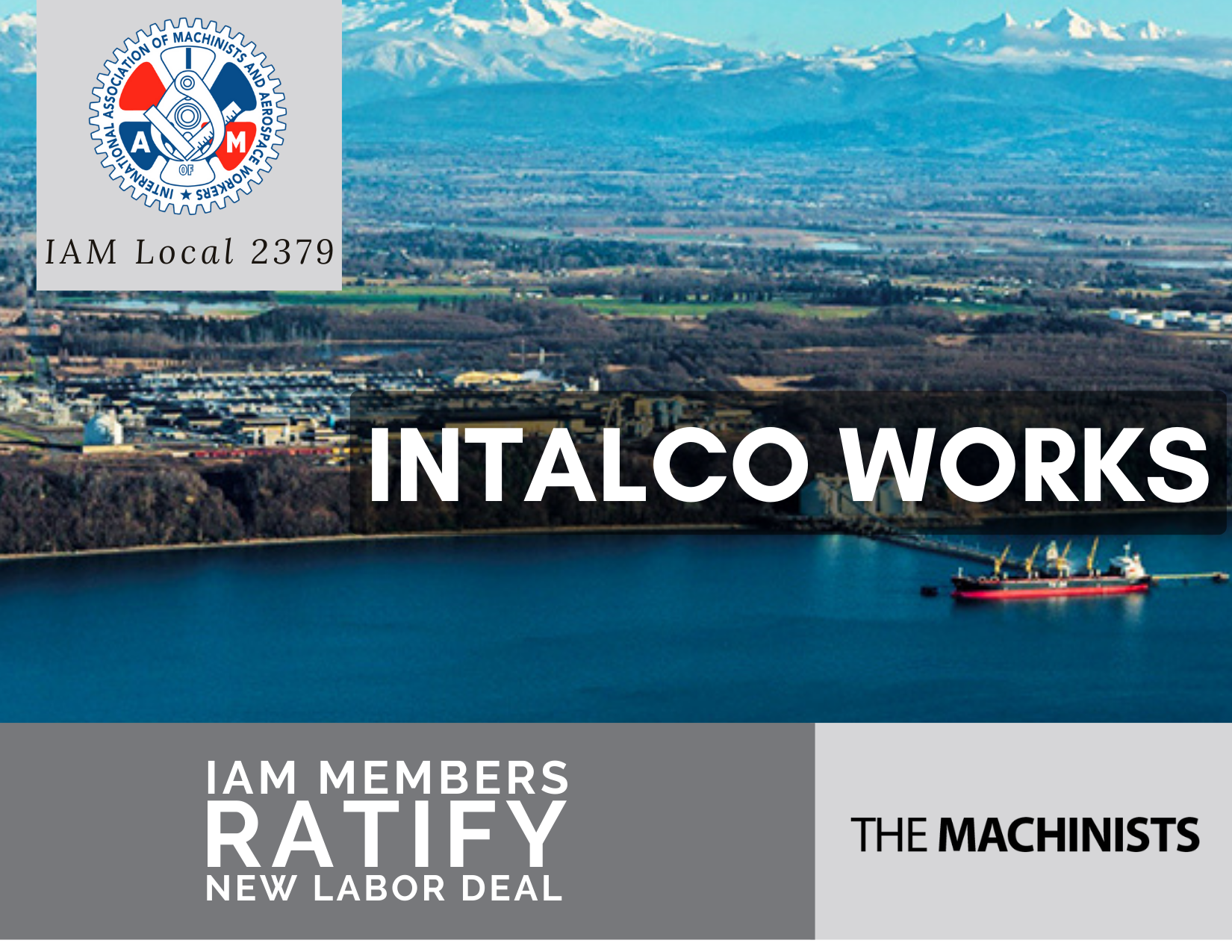 FERNDALE, Wash., May 19, 2022 –IAM Local 2379 (District 160) members at Intalco Works, a Washington State aluminum manufacturing plant, have overwhelmingly ratified a five-year collective bargaining agreement with Blue Wolf Capital Partners, one of the last steps toward reopening and modernizing the facility and restoring hundreds of jobs in Whatcom County.

The final remaining hurdle for IAM Local 2379 members in Ferndale, WA,  is the absence of a power agreement with the Bonneville Power Administration (BPA). The BPA previously provided electricity for Intalco Works for 50 years. A reopened and modernized aluminum manufacturing plant would be one of only two green aluminum smelters in the United States. The reopening of this plant would also reduce aluminum imports from Russia, China, and the Middle East.

The agreement builds upon the previous collective bargaining agreement with improvements to wages and benefits, quarterly bonuses, and job protections.

“Our members at IAM Local 2379 have endured so many ups and downs over restarting the aluminum plant and securing an agreement with the Bonneville Power Authority,” said IAM Western Territory General Vice President Gary R. Allen. “Our members need elected officials in the state of Washington and Washington, DC to help bring relief for hundreds of working families in Whatcom County. The members earned this contract that will serve a model in the aluminum manufacturing industry.”

Highlights of the agreements include:

“The IAM has committed our full resources to help restore the hundreds of strategic manufacturing jobs at Intalco Works,” said IAM International President Robert Martinez Jr. “We need our allies to do everything possible to reopen the facility. Restarting the operations at Intalco Works is an opportunity to reverse bad policy decisions and secure a victory under the policies implemented by the Biden-Harris Administration. Our union is urging the U.S. Department of Energy and the Bonneville Power Administration to restore the power agreement to help make our nation less reliant on aluminum imports from foreign enemies.”

The IAM will continue working with the State of Washington, former members of management, and Blue Wolf Capital Partners to reopen and modernize the Intalco Works.