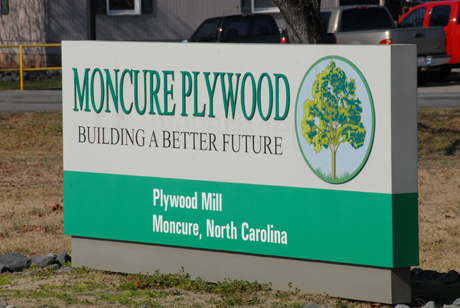 The 114 members of Local W369 on strike against Moncure Plywood, in Moncure, NC, are getting some high-profile help in their campaign to bring management back to the bargaining table.

Representative Bob Etheridge (D-NC) and members of the North Carolina congressional delegation have written a letter in support of the strikers to Timothy Fazio, the managing partner of Atlas Holdings LCC, Moncure Plywood’s corporate owner.

“We are concerned that the workers’ labor rights have been compromised and urge you to negotiate in good faith to reach an equitable agreement with the union,” wrote Rep. Etheridge in the letter which was also signed Rep Melvin Watt, Rep. Heath Shuler, Rep. David Price, Rep. G.K. Butterfield, Rep. Larry Kissell and Rep. Brad Miller.

The men and women of Local W369 have been on strike since July of last year, when company representatives demanded 400 percent increases in employee health premiums, a 60-hour work week and the elimination of nearly all aspects of seniority.

“With a 60-hour mandatory clause, they could work people seven consecutive days for weeks without a day off,” said District W2 Business Representative Melvin Monford.

While on the picket lines, the Moncure strikers have endured harassment from local police, gunfire, and a noose hung in plain view of the largely African-American workforce. The company has hired replacement workers and refuses to negotiate for the return of its original staff.

The letter from North Carolina’s congressional delegation to Moncure Plywood’s corporate parent is part of the IAM effort to raise public and political awareness of the long running strike.