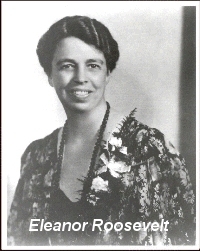 Biggest Mobilization Ever For Workers’ Rights

The IAM is encouraging participation by Machinists everywhere for International Human Rights Day events during the week of December 10, 2005.

Local union leaders and our allies across the country are in the process of planning events in more than 68 cities.  A dozen of the largest affiliates in the AFL-CIO are taking the lead in different cities in what AFL-CIO Organizing Director Stewart Acuff calls “the most significant, deepest buy-in” for a major mobilization.

Workers in Boston plan to march throughout the city, stopping at workplaces where workers are trying to form unions, before holding a rally at the state capitol.  In Sacramento, the International Longshore and Warehouse Union will focus on workers’ campaign at Blue Diamond Almond, where the company openly admits to conducting “an aggressive union avoidance campaign.”  In St. Louis, the Mine Workers will call attention to anti-union Peabody Coal, which has systematically de-unionized their operations.  In Portland, Oregon., workers will join with other activists to protest the World Trade Organization and workers’ rights abuses around the world.  In Washington, D.C., workers will rally in front of AFL-CIO headquarters, then march to the White House to demand that President Bush stop his assault on federal employees’ collective bargaining rights.

Along with these major events, teach-ins are scheduled at colleges in Washington, Chicago, Los Angeles, North Carolina, Seattle, New Jersey, New York, San Francisco, Cincinnati and at other colleges across the nation to inform students of the plight of America’s workers.

A searchable calendar of events is available on the AFL-CIO home page. People can search for events in their state and site coordinators can post information about their events on this calendar. Please check the events calendar for a location near you.  Check back often, as more sites will be added every week.