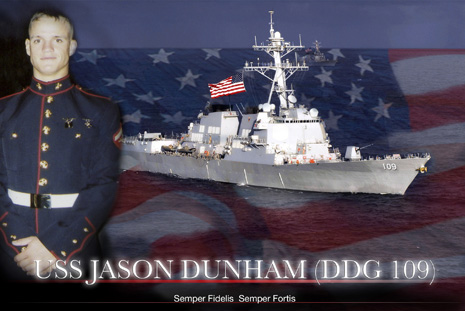 Friends and family of Cpl. Jason Dunham, a 22-year old U.S. Marine who sacrificed his life to protect fellow Marines inIraq, were on hand for a keel laying ceremony at Bath Iron Works (BIW) in Bath, ME. The event marked the start of construction of a DDG Arleigh Burke class destroyer that will carry his name.

The grandson of New York Local 2741 member Skip Dunham, Jason Dunham of Scio, NY, was fatally injured in 2004 when he threw himself on a grenade during a fight with insurgents. He was the first Marine to receive the Medal of Honor since the Vietnam War. The destroyer is slated to be christened in 2009 and be ready for active duty a year later.