Decades of struggle by workers and their unions have resulted in significant improvements in working conditions.  But the toll of workplace injuries, illnesses and deaths remains enormous.  Each year more than 60,000 workers die from job injuries and illnesses and another 6 million are injured.  The IAM&AW and other international unions will remember these workers on Workers Memorial Day April 28.

The first Workers Memorial Day was observed in 1989.  April 28 was chosen because it is the anniversary of the Occupational Safety and Health Administration and the day of a similar remembrance in Canada.  Every year, IAM members recognize workers who have been killed or injured on the job in their communities and at worksites.

On this April 28th the IAM will remember those members who died on the job during a ceremony at William W. Winpisinger Education and Technology Center located in Hollywood, Maryland.  The IAM Workers’ Memorial Lighthouse was dedicated during the 2001 Annual Safety and Health Conference and has a special place on the grounds at WWW’s Memorial Park.  Names of fallen workers are immortalized in a brick barring their name and date of death around it’s base.

On Workers Memorial Day 2006, as we remember those who lost their lives and injured on the job, IAM District and Local Lodges will organize and mobilize for better working conditions.  We will demand a strong ergonomics standard, stronger enforcement of the law and protections from known workplace hazards and from new safety and security threats.  We will demand OSHA coverage for all workers and the freedom of workers to organize, and speak out and bargain for safe jobs, respect and a better future.

Below are links to a flier fact sheet, a safety and health update and a copy of the poster. In addition clip art and a Spanish version of the flier will be available on the AFL-CIO web sit. AFL-CIO web site. 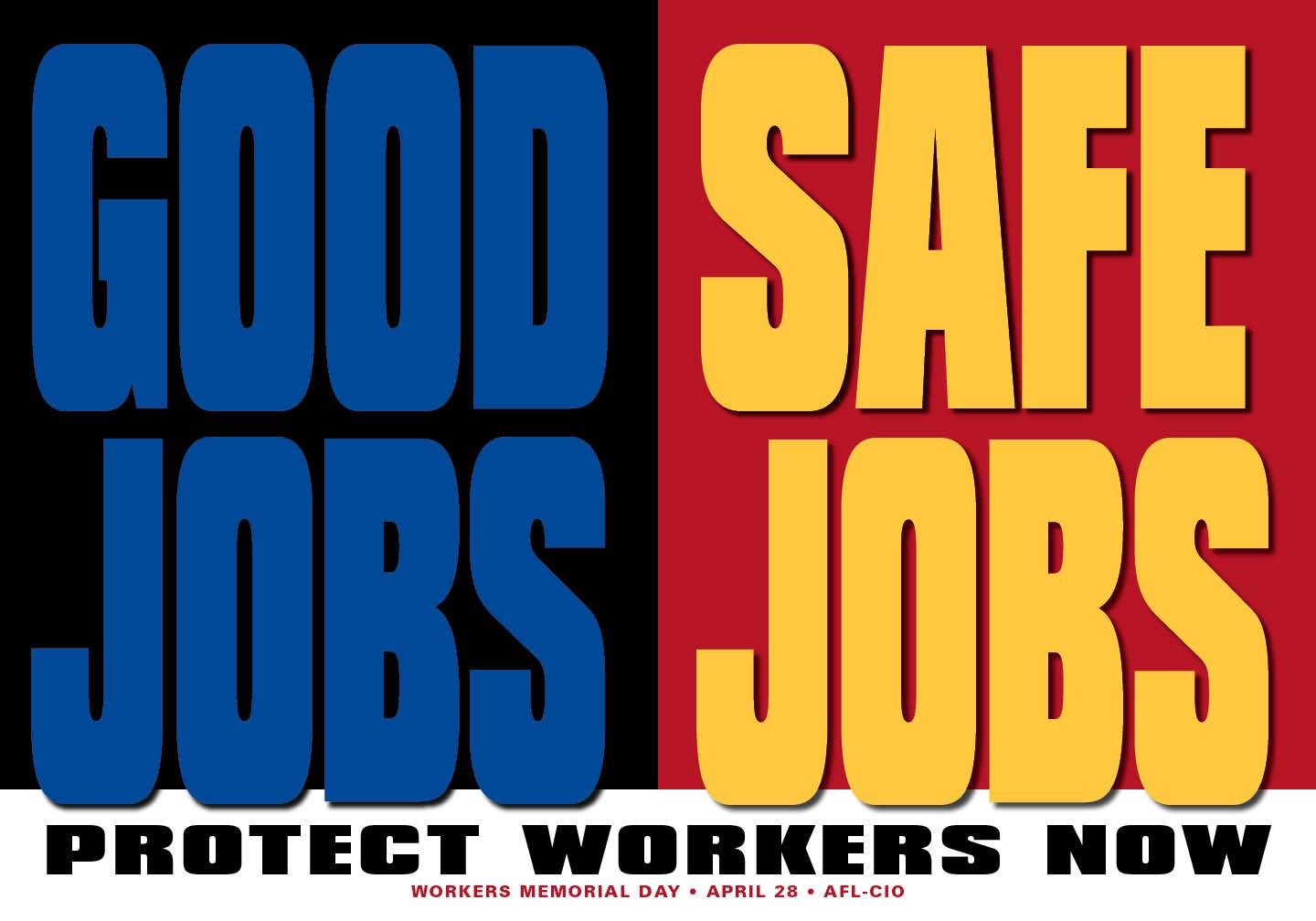 Here are some links to materials and information from the AFL-CIO web site to help you participate in Workers Memorial Day:

Here are some other ways we honor workers who have been killed or injured on the job: