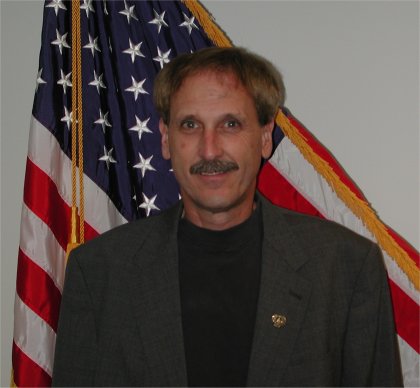 Secretary-Treasurer of the Cincinnati AFL-CIO.  Doug, who has risen through the ranks of the International Association of Machinists and Aerospace Workers Union, now takes the spotlight as the spokesperson for organized labor in the Greater Cincinnati area.

“I am honored to have been elected as Executive Secretary-Treasurer of the Cincinnati AFL-CIO Labor Council, and I look forward to working with our Affiliates and Delegates to ensure that when issues arise that have an impact on working families, we take them on with one loud, strong, and collective voice.”

The election was held in order to fill the unexpired term of V. Daniel Radford, who announced his resignation earlier this year to pursue other opportunities in the Labor movement.  Doug, a member of Local Lodge 912, becomes only the third Executive Secretary-Treasurer in almost half a century. His predecessor officially took the post in 1987 after serving for three years as a “stand-in” for William Sheehan.

The Cincinnati AFL-CIO Labor Council, which represents over 130 local labor unions, regretfully accepted the resignation of Mr. Radford in January of this year, but welcomed his commitment to lead Cincinnati organized labor through the 2006 general election. That leadership helped produce tremendous victories for working families. Under Radford, the Cincinnati AFL-CIO has established the largest Labor Day picnic in the country, and Cincinnati has been recognized as a Union City by the National AFL-CIO.

“Mr. Sizemore”, who was sworn in Wednesday evening before gathered Delegates of the Labor Council, “has served in numerous positions throughout his union bringing a wealth of experience to the Executive Secretary-Treasurer role”, stated Dan Radford.

Doug has been an asset to the officers and members in the Eastern Territory.  They have grown through his educational skills in training classes he has led over the years. “We look forward to working with him in the years to come as the new Cincinnati AFL-CIO Executive Secretary-Treasurer.  He is a true labor leader, and will continue to be an asset to the labor movement”, stated General Vice President Lynn D. Tucker, Jr.

Please join me in congratulating Doug and in wishing him success in his new position.

Congratulations from your IAM Family