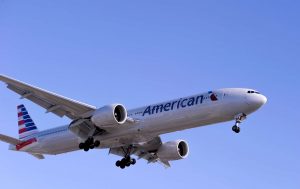 Ross Feinstein, a spokesman for American, confirmed the incident to USA TODAY, noting that flight attendants, who have been trained on fighting high-energy battery fires, “quickly extinguished the fire and the plane taxied to the gate.”

None of the 138 passengers or six crew members on board Flight 168 from Las Vegas to Chicago O’Hare International Airport was injured.

The Transportation Security Administration allows e-cigarettes and accessories to be carried on board or in carry-on bags, but not in checked luggage.

The battery fire came just two days after another American flight from Los Angeles to New York was diverted to Phoenix after a mechanical problem with a galley refrigerator caused smoke to erupt in the cabin.