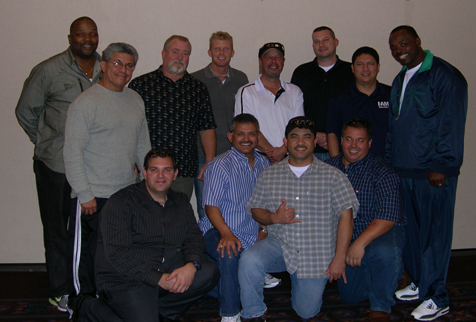 During the week of November 14 – 19, 2011, twelve new United Airlines I.A.M. C.R.E.S.T Associate Instructors based in Newark, Houston, and Cleveland, completed a Train the Trainer program. This class is designed specifically to provide them the skills to train other workers about the hazards of storing, shipping, loading and unloading dangerous goods in the airline industry. The training demonstrates the IAM’s pro-active approach to delivering quality training.

The classes were developed by IAM CREST specifically to augment the current employer training given by their respective airlines. Airline workers who handle dangerous goods are eligible to receive this supplemental training under a grant funded by the DOT Pipeline and Hazardous Material Safety Administration.

IAM Districts 141 and 142 supports the training for their local memberships at United, US Air, Alaska and Hawaiian Airlines.