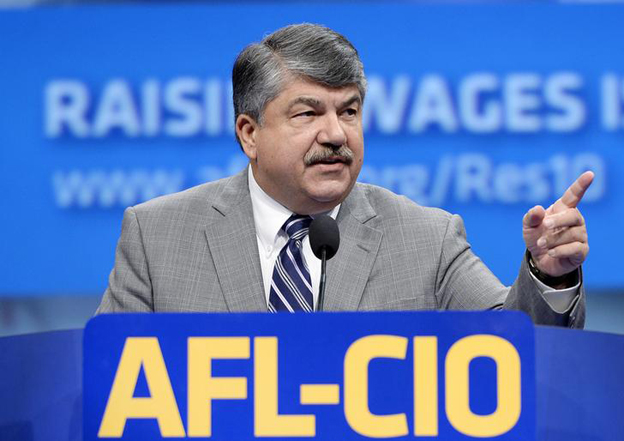 AFL-CIO President Richard Trumka says there was progress in 2015, but raising wages must be an ongoing mission for the labor movement.

Marking nearly one year since the first ever Raising Wages Summit, the AFL-CIO released a new report detailing the successes, struggles and path ahead to raise wages for working people.

The report finds that over the past year income inequality has shifted from a topic of discussion to a problem that can be solved. It points to clear steps forward and outlines solutions.

“One year ago, we made clear that raising wages for all working people was our number one priority,” said AFL-CIO President Richard Trumka. “In 2015 we came together in collective voice and action, and made significant progress.”

The report goes beyond direct wage increases to demonstrate the all-encompassing nature of the raising wages agenda. Numerous organizing victories, new paid leave laws in multiple states and cities, and new protections against wage theft are outlined as part of the effort to create a better economy.

The IAM’s organizing successes of 2,000 aircraft mechanics, technicians and maintenance workers in Texas and its ongoing campaign to help Boeing workers in South Carolina are cited as examples of how people in the South are defying stereotypes about unions.

The report also outlines hurdles to further victories, and challenges that remain as the raising wages agenda grows. The release also shows in December 2015, President Obama and Congressional Democrats were forced to fight off six amendments to the budget that would have rolled back protections for working people. And while the unemployment rate continued to fall last year, wage growth showed only modest improvement before grinding to a halt.

“Although the victories and the momentum of the Raising Wages movement in 2015 demonstrate that collective action works, we are still far behind where we need to be and where we can be,” said Trumka. “In the year ahead, we will continue to push for a comprehensive economic agenda that puts working people first. Raising Wages is not a hobby, it is our mission.”

The central conclusion is that America is ready to move beyond just a discussion of income inequality and is beginning to write new rules that will shape the economy.

Click here to read “Fighting for a Better Life: How Working People Across America Are Organizing to Raise Wages and Improve Work.”