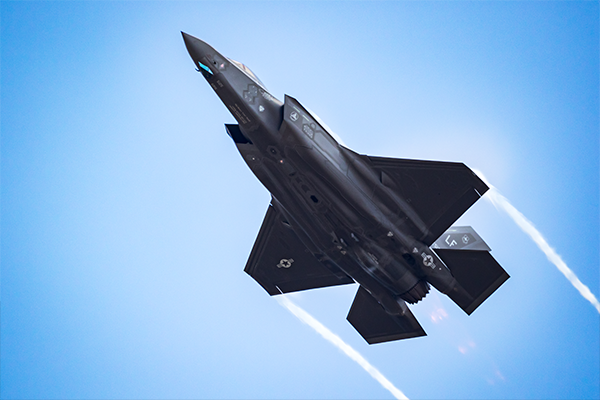 Approximately 5,000 members of IAM District 776 in Fort Worth, TX opened contract negotiations on Tuesday with Lockheed Martin. The IAM negotiating team vowed to pursue a fair and equitable contract that treats the highly-skilled and dedicated members with the respect they have earned.

The IAM District 776 negotiating committee will meet with the company over the coming weeks. The current contract is set to expire on Sunday, April 24, 2022.

IAM members at the facility build the F-35, the world’s most advanced multi-role fighter. Negotiations are pivotal not only for IAM District 776 families, but for the Dallas-Fort Worth community, the state of Texas and the aerospace industry. The F-35 supply chain supports over 254,000 jobs with 1,800 suppliers spanning 48 states and Puerto Rico.

“IAM members demand and have earned their fair share of the success they have created for Lockheed Martin,” said IAM International President Robert Martinez Jr., who began his IAM career at the Fort Worth facility. “Our members have worked through a pandemic. They are the single greatest reason for this company’s success. Now, it’s time to work together to make a fair and equitable contract happen for our membership.”

The IAM District 776 negotiating committee has been preparing for contract talks for more than six months, including a preparation session at the IAM’s Winpisinger Center, which included trainings on contract language, strategic planning, contract costing and a negotiation simulation.

“We are ready to negotiate a fair contract, and we won’t settle for anything less,” said IAM District 776 President and Directing Business Representative Paul Black. “Our membership is mobilized and ready to do what it takes to preserve and grow good jobs for our families and our communities.”

Last year, a group of about 200 District 776 shop stewards at the facility took part in a day-long program in preparation for the upcoming contract negotiations.

”Our skilled membership dedicates decades of their lives to making this company successful,” said IAM Aerospace General Vice President Mark Blondin. “We will do everything in our power to ensure the company does its part to ensure a stable retirement for all of our members, including adequately funding its 401(k) program.”

“Our District 776 members at Lockheed Martin are rightfully proud of the work they do,” said IAM Southern Territory General Vice President Rickey Wallace. “Many of our members are U.S. military veterans who have transitioned into a different way to support their country. They deserve a fair amount of the profit they have created.”

“This committee is ready and prepared to negotiate a strong contract,” said IAM Aerospace Chief of Staff Jody Bennett. “The full resources of the IAM and our allies are being deployed to ensure that these families and their communities are represented and heard at the bargaining table.”