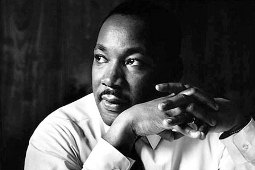 Wednesday, April 4, 2012 marked the 44th anniversary of the assassination of Dr. Martin Luther King, Jr. Dr. King was in Memphis supporting a strike by black sanitation workers when he was fatally shot while standing on the balcony of the Lorraine Motel.

In an op-ed published on Slate.com, Senior Fellow for The Century Foundation Richard D. Kahlenberg and labor and employment-discrimination lawyer Moshe Z. Marvit discuss the former ties between the civil and the labor rights movements, how these movements have taken different trajectories, and how they can be brought back together again.

“More than four decades later, while progress on King’s vision of racial justice is hardly complete, the United States has become a far more racially inclusive society. By contrast, the American labor movement King traveled to Memphis to support has essentially collapsed, representing just seven percent private sector workers, compared with more than one-third in the 1950s,” wrote the authors. “Why has the nation advanced on King’s vision of racial equality and moved backward on his goal of economic equality?”

Kahlenberg and Marvit say the answer is best explained by a look at the two laws which govern labor and civil rights: the National Labor Relations Act (NLRA) of 1935 and Title VII of the Civil Rights Act of 1964.

“You see that the former has done little to protect workers while the latter has been quite successful in diminishing discrimination,” explains the co-authors. “The Civil Rights Act imposes powerful penalties on employers who discriminate on the basis of race, sex, national origin, or religion. It was updated in 1991 so that remedies for employees would include not only back pay but compensatory and punitive damages up to $300,000.

“The NLRA made it illegal to discriminate against employees for trying to organize a union, because lawmakers recognized that firms should not be allowed to use their power to intimidate workers. But the penalties in the law are weak. An employer who violates it must reinstate fired employees and give them back pay, but that’s it.”