Extreme pro-business interests often argue that raising the minimum wage will lead to job losses, but the evidence suggests otherwise. The Center for Economic and Policy Research (CEPR) has found states that raised their minimum wage on January 1, 2014 have seen higher job growth than states where the minimum wage stayed the same.

At the beginning of 2014, 13 states increased their minimum wage: Arizona, Colorado, Connecticut, Florida, Missouri, Montana, New Jersey, New York, Ohio, Oregon, Rhode Island, Vermont and Washington. According to CEPR, of the 13 states, all but New Jersey saw employment gains and nine of the 13 states are above the median state in job growth. Researchers say states that raised their minimum wage have seen an average increase in employment of 0.99 percent, while static states saw an increase of only 0.68 percent.

The U.S. Department of Labor is seeking public comment on a proposed rule to increase the minimum wage for federal contract employees. The proposed rule would raise the minimum hourly wage for workers of contractors and subcontractors on new or renegotiated federal contracts from $7.25 to $10.10 as of January 1, 2015. The minimum wage would then be adjusted each year to account for inflation. The deadline to comment has been extended to Monday, July 28. To submit a comment, click here. 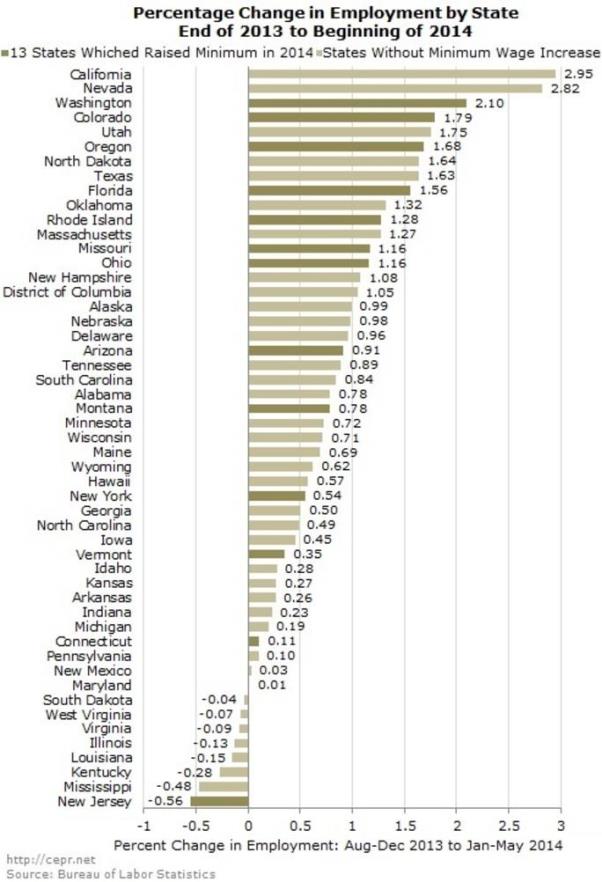