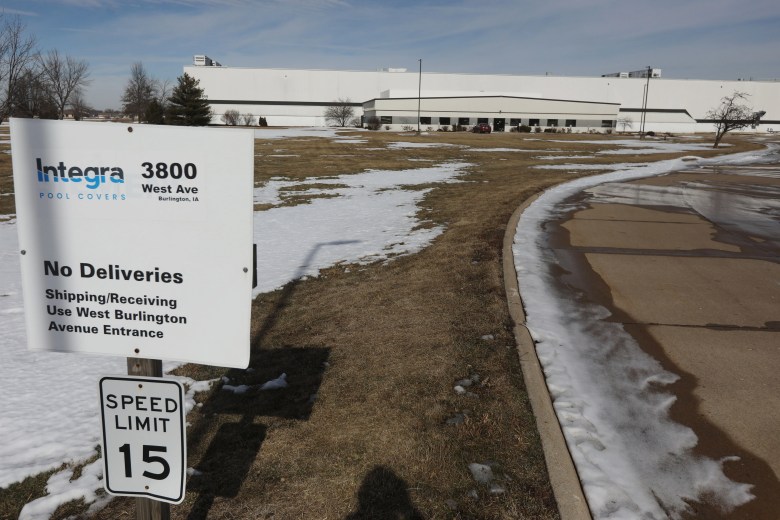 The employees at Integra Pool Covers in Burlington, Iowa knew they needed a union, no matter the outcome.

“It was that bad in the plant that the workers were willing to put everything on the line to make sure the next generation of workers didn’t have to endure what they did,” said Midwest Territory Special Representative Chris Tucker. “That’s the type of people we are talking about here. Men and women who risked their livelihoods to make the world better.”

Respect, wages and consistency of work rules were the three areas that needed to be addressed. So in November 2021, this small group of workers took a large step in the right direction and filed a petition to join the International Association of Machinists and Aerospace Workers (IAM.)

But since joining the IAM, these workers have been put to the test by the company.

Immediately after filing a petition to join the union, the company launched a retaliation campaign against this group of employees. Assigning them to do meaningless tasks like pulling weeds in the company parking lot or digging snow in temperatures dipping below freezing, the company was trying hard to get these workers to quit. Within a few months, Integra stopped nearly 90% of production at their Burlington facility, announcing they were closing the plant and moving to another state.

But with the Machinists in their corner, this group kept their promise to right the injustices that were happening behind closed doors, and their solidarity kept them fighting. The IAM is not leaving them to fight alone.

“These workers have been through hell and we are going to do everything we can within our power to help them,” said Tucker. “This company should know they can’t hide. We know they treat workers bad in their facilities and we are going to make sure the rest of the world knows what is really going on. You can’t abuse a person’s human rights without consequences.”

So far, the IAM has filed two unfair labor charges against Integra with the National Labor Relations Board (NLRB) on behalf of these workers. And the Machinists Union will continue to work on getting these employees all they rightfully deserve.

“This is the core of the Machinists Union; we fight to protect workers whose rights are being trampled on,” said IAM Midwest Territory General Vice President Steve Galloway. “We intend to do that for the employees of Integra Pool Covers who were not only brave enough to stand up and say we need a union but also put everything on the line to make sure the next generations of workers in their community will never have to go through this again.”