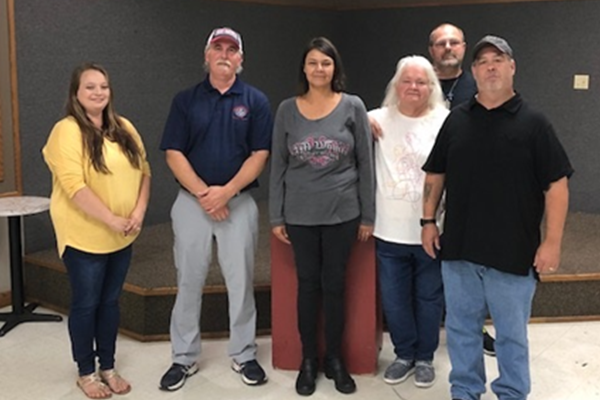 In a strong show of solidarity, members of IAM Local 1030 recently secured a four-year contract – with improvements – at Peerless Chain Company. The more than 130 members ratified a new agreement less than 2.5 weeks after voting to strike the Winona, Minn. chainmaker over long overdue wage increases.

“The membership sent a very strong message to the company through their rejection of the initial proposal and subsequent strike vote,” said IAM District 66 Directing Business Representative Jana Kirch, who says the company was ready to come back to the table immediately after members voted to strike. A 30-day extension was put into place in order to allow the company the opportunity to improve its offer. “At issue were subpar company-proposed wages and short-sighted seniority lump sum bonuses. In this job, you are entrusted with people’s lives because you never know how that chain is going to be used. Our members, whose chains are second-to-none and used in every corner of the world, deserved more.”

Thanks to the members of Local 1030’s solidarity and willingness to take a stand, the group was able to secure major improvements to the company’s initial offer. Substantial increases in wages, with the seniority lump sum bonuses folded in, and shift differential pay will allow these workers to take better care of their families, as will the extra week of vacation the negotiating team fought hard to get. They were even able to secure vacation and time off for new hires, a first in the history of the contract. And although workers will take on a small increase in health care payments, they were willing to make that sacrifice because of the other benefits they gained.

“The negotiating team, led by Bob Siebenaler and Becky Spande, was absolutely phenomenal. They kept their cool and questioned everything,” said Kirch. “They took the time to go and talk to the members to see what was really important to them and their families and then made sure their voices were heard, loud and clear, at the table.”

“This is the type of contract you get when our members fight for respect and dignity in their workplace,” said IAM Midwest Territory General Vice President Steve Galloway. “I am very proud of not only the work done by the negotiating team at the table but also the years spent ensuring our members at Peerless Chain have a strong voice in the future of the company. Congratulations to the members for bringing home a contract which celebrates the pride and dedication you bring to the job every day.”