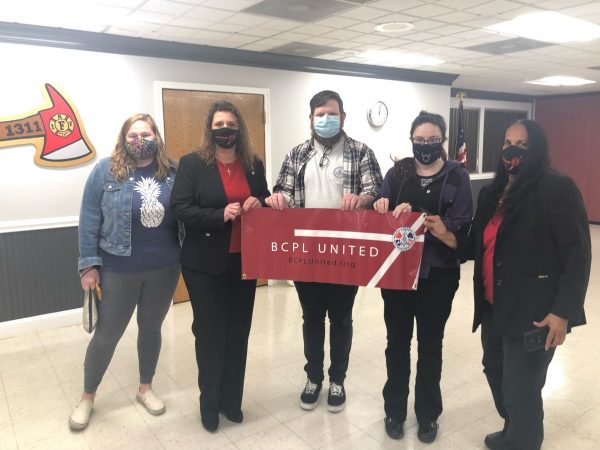 The council passed Resolution 32-22, which approved the remaining portions of the contract not finalized until after the county’s fiscal year budget deadline.

“I thank the Baltimore County Council members for voting to pass this resolution, which finalizes a contract that gives BCPL workers a voice in the workplace, as well as the strong wages and benefits they greatly deserve,” said IAM International President Robert Martinez, Jr. “I also thank Baltimore County Executive John  Olszewski, Jr., for his continued support of these BCPL workers, who are so important to the growth and prosperity of Baltimore County and its residents.”

The council’s action follows a groundswell of support from advocates urging the panel to vote “yes” on the resolution. That includes Martinez writing a letter to the panel, as well as Donna Edwards, president of the Maryland State and District of Columbia AFL-CIO, who urged passage of the resolution. During its work session on Aug. 30, the county committee heard testimony from other advocates urging a “yes” vote, including BCPL Board of Trustees President Maureen David.

The first contract with BCPL comes after years of organizing, including the IAM winning a new state law allowing BCPL employees to collectively bargain.

The International Association of Machinists and Aerospace Workers (IAM) is among North America’s largest industrial trade unions and represents nearly 600,000 active and retiredmembers in the manufacturing, aerospace, defense, airline, railroad, transportation, and shipbuilding, woodworking, health care, and other industries.