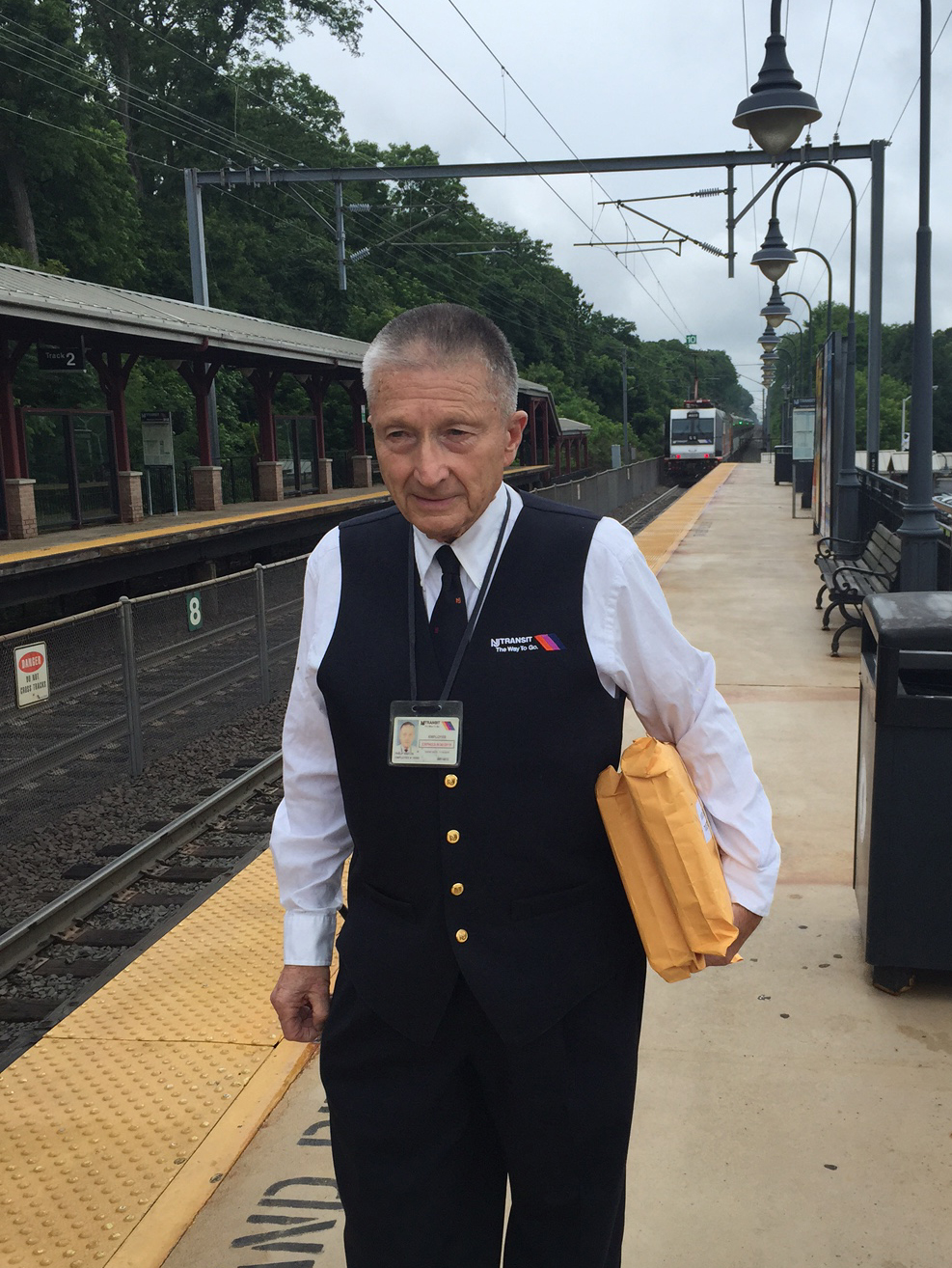 Phil started work in 1955, at the age of 20, for the New York Central in Manhattan as a freight handler, moving freight between boxcars and highway trailers, and also off lighters onto the railroad’s Hudson River piers.

In Phil’s own words:

“I liked that work, and still have the hook I used for grabbing freight.  One of our jobs was moving raw hides from slaughterhouses.  They were tied up in neat bundles, and were juicy and really stank.  One of the older freight handlers told me that after working on raw hides one time, a couple of freight handlers got on the 42nd Street crosstown street car, and everyone else moved to the other end.”

“I joined BRAC after a couple of months.  Monthly dues were a small amount, and when you paid it you got stickers of various colors you glued on your card.”

“I did that for a few months and then went to the Pennsy as a clerk in their reservation bureau, on the seventh avenue side of the old station which was still standing.  After a few months the reservation bureau, got consolidated with the ticket office in the newly built part of the station, near where the Amtrak information booth is now.  After a few months, after a furlough, I went into the Pennsy’s towers, in July 1957.  Hence my current seniority date.  Block operators were in the Order of Railway Telegraphers, which merged into BRAC years later.”