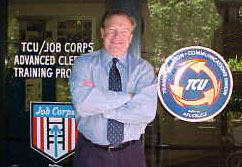 In her announcement, DoL Secretary Elaine Chao said “The committee will evaluate Job Corps’ program characteristics, including its purpose, goals, effectiveness, and performance measures in order to address the critical issues facing the provision of job training and education to the youth.”

Recommendations to the secretary and the Job Corps national director are due April 30, 2008.