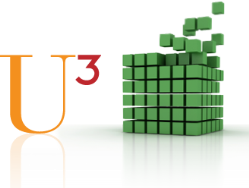 In light of the latest figures from the Bureau of Labor Statistics (BLS), the Union of Unemployed is renewing its call for the U.S. government to commence FDR-style programs that would directly employ millions of unemployed American workers.

“Waiting for this jobless recovery to stimulate itself is like waiting for Godot,” said Union of Unemployed Executive Director Rick Sloan. “Real employment growth will never be realized without the government hiring the unemployed.

“This latest report provides a glimmer of hope, but it’s not time to pop the champagne yet. We still have 29.2 million Americans who are unemployed or underemployed,” said Sloan. “The ‘official’ number of unemployed workers dropped by only 95,000. Those listed as ‘not in labor force’ grew by 19,000 while those who wanted a job but could not find one grew by 162,000.”