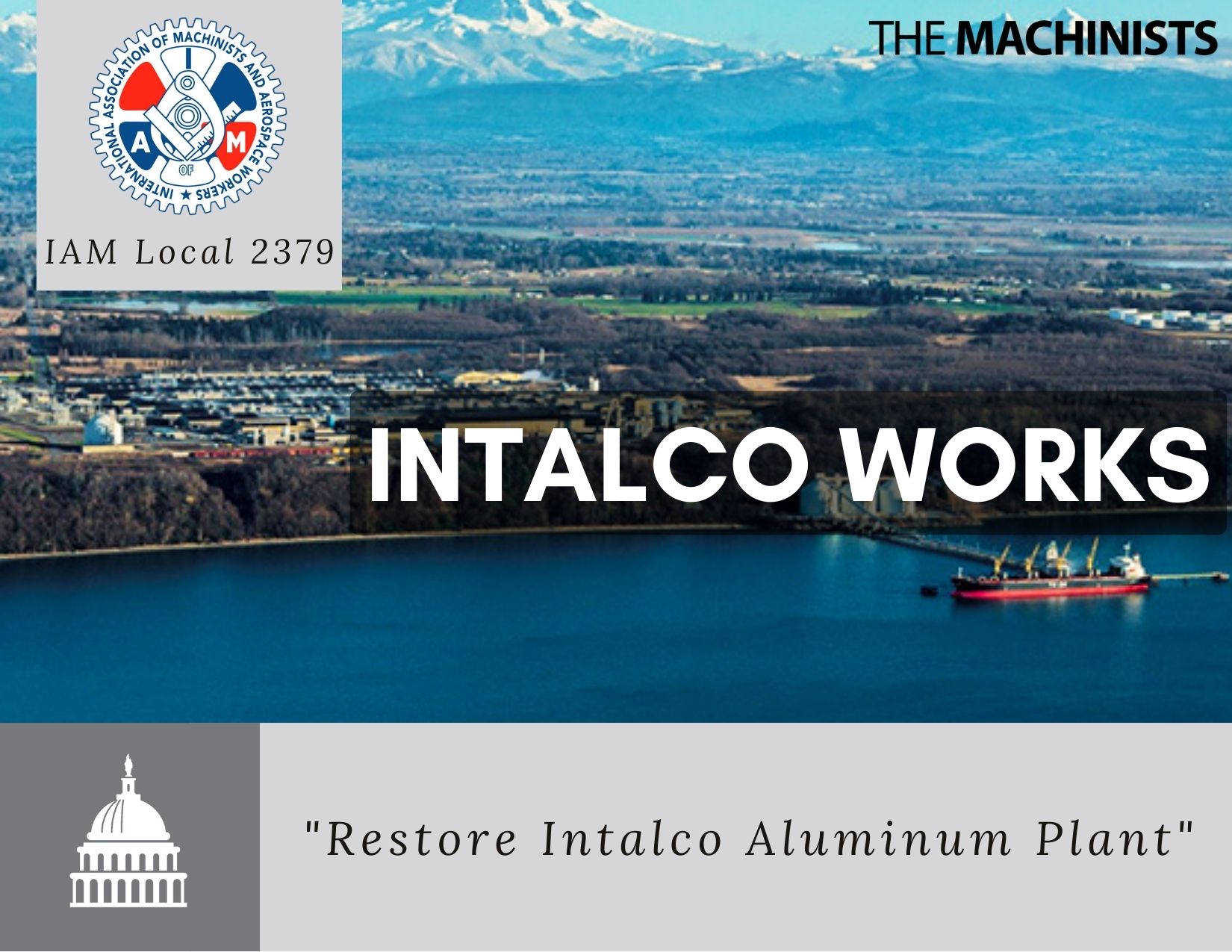 This letter comes on the heels of IAM Local 2379 (District 160) members at Intalco Works ratifying a five-year collective bargaining agreement with Blue Wolf Capital Partners, one of the last steps toward reopening and modernizing the facility and restoring hundreds of jobs in Whatcom County. The agreement builds upon the previous collective bargaining agreement with improvements to wages and benefits, quarterly bonuses, and job protections.

“As we recover from the COVID-19 pandemic and work to forge more resilient supply chains, reopening Intalco is an incredible opportunity to bring back over 700 family-wage union jobs and restore the only source of domestically produced aluminum west of the Mississippi River,” reads the letter from the Washington Congressional Delegation. “Prior to its curtailment, the Intalco plant was one of the largest employers in Whatcom County, supporting thousands of indirect jobs and economic activity throughout our region in addition to the workers at the facility itself. Restarting Intalco would allow Washingtonians to return to these high-paying jobs, reinvigorate our economy, and secure our domestic production capacity to make aluminum in America for years to come.”

“Our members at IAM Local 2379 appreciate the Washington Congressional Delegation for their efforts in helping secure an agreement with the Bonneville Power Authority,” said IAM Western Territory General Vice President Gary R. Allen. “Their voices represent the entire state and help accelerate the much-needed relief for hundreds of working families in Whatcom County. Our union has worked tirelessly with many allies and stakeholders to reopen this shuddered facility for nearly two years now. We need to restore the jobs and get our members back to work.”

“On behalf of the IAM, I want to thank the Washington Congressional Delegation for standing with our members and their families on their quest to restart their careers and build back some of what was lost when the plant closed,” said IAM International President Robert Martinez Jr. “Restarting this facility is critical for these workers and the local economy. As our union has been advocating for generations, it is vitally important to our economic and national security that we increase strategic domestic manufacturing and bolster our domestic supply chains. Reopening this facility would be a huge step in this direction with a shovel-ready project that could be up and running within months.”

The IAM will continue working with the Washington Congressional Delegation, the State of Washington, former members of management, and Blue Wolf Capital Partners to reopen and modernize the Intalco Works.