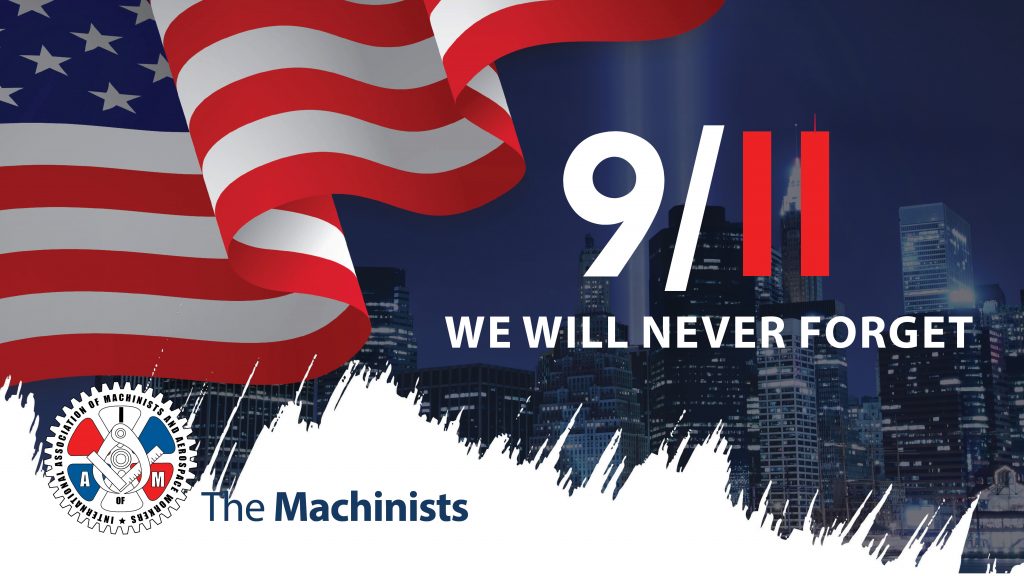 Dear Sisters, Brothers and Friends of the IAM,

Eighteen years ago today, we witnessed the senseless coordinated attacks that killed thousands of innocent people at the World Trade Center in New York, the Pentagon in Washington, D.C. and in a field in Somerset County, Pennsylvania.

The unimaginable events that unfolded that day have changed us forever.

That includes the loss of IAM members: United Airlines Customer Service employees Marianne McFarland and Jesus Sanchez were aboard United Flight 175, the plane that hit the South Tower of the World Trade Center. IAM Organizer and New York City Firefighter Keith Maynard died helping others as the buildings collapsed.

Today, as a union, we honor our fallen members and the thousands of others who perished on that tragic day.

They will never be forgotten. I hope and pray we never have to witness such events ever again.