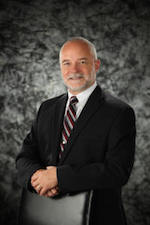 Werkmeister initiated into IAM Local 1018 in Flushing, NY in 1984 as a Line Maintenance Mechanic at US Airways. He then transferred to US Airways’ Pittsburgh hub where he was elected Shop Steward, Grievance Chairman and Local 1979 Trustee. He is currently a District 142 General Chairman.

“John embodies the principles of our great union and has consistently demonstrated his dedication to our organization,” said IAM Transportation General Vice President Sito Pantoja. “He will be a great asset to the Transportation Department.”