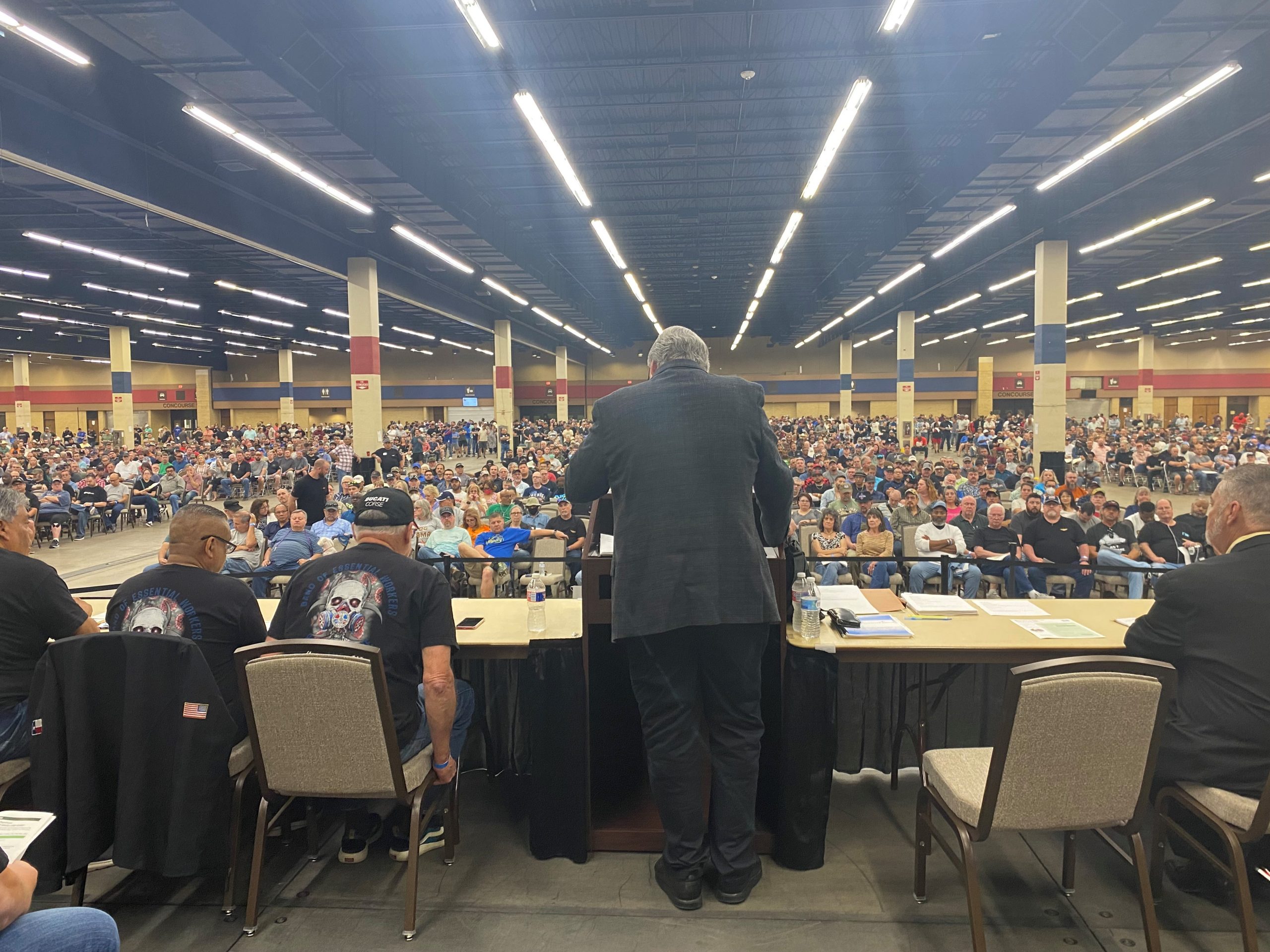 IAM members at the Fort Worth facility build the F-35, the world’s most advanced multi-role fighter. The IAM has long championed continued support for the F-35 program.

“We have once again proven why the IAM is the largest and strongest aerospace and defense labor union in the world,” said IAM International President Robert Martinez Jr., who began his IAM career as an aircraft assembler at the Fort Worth facility. “Our members stood strong and demanded a strong contract every step of the way. I want to thank the District 776 leadership and negotiating committee, the IAM Aerospace Department, the IAM Southern Territory and every department at the IAM Grand Lodge who supported these important negotiations.”

Negotiations were pivotal not only for IAM District 776 families, but for the Dallas-Fort Worth community, the state of Texas and the aerospace industry. The F-35 supply chain supports over 254,000 jobs with 1,800 suppliers spanning 48 states and Puerto Rico.

“We demanded an equitable contract that fairly compensated the best aerospace and defense workers in the world—and today, we succeeded,” said IAM District 776 President and Directing Business Representative Paul Black. “The solidarity and strength of our membership and negotiating committee carried us through this process.”

The IAM District 776 negotiating committee prepared for contract talks for more than six months, including a preparation session at the IAM’s Winpisinger Education and Technology Center, which included trainings on contract language, strategic planning, contract costing and a negotiation simulation.

“Our negotiating team made it clear that retirement security, and increasing 401(k) plan funding, was critical to ratifying a contract,” said IAM Aerospace General Vice President Mark Blondin. “I’m proud to report that we have delivered on retirement security and much more for our membership.”

“IAM District 776 members are rightfully proud of the work they do to support our military,” said IAM Southern Territory General Vice President Rickey Wallace. “Thanks to the strength of this negotiating committee and the membership, we have secured a fair and equitable contract that will secure the futures of our members and their families.”

“I could not be more proud of the work done by this negotiating committee,” said IAM Aerospace Chief of Staff Jody Bennett. “We used every resource necessary to achieve our goal—a contract that delivers pay and benefit increases for our membership.”