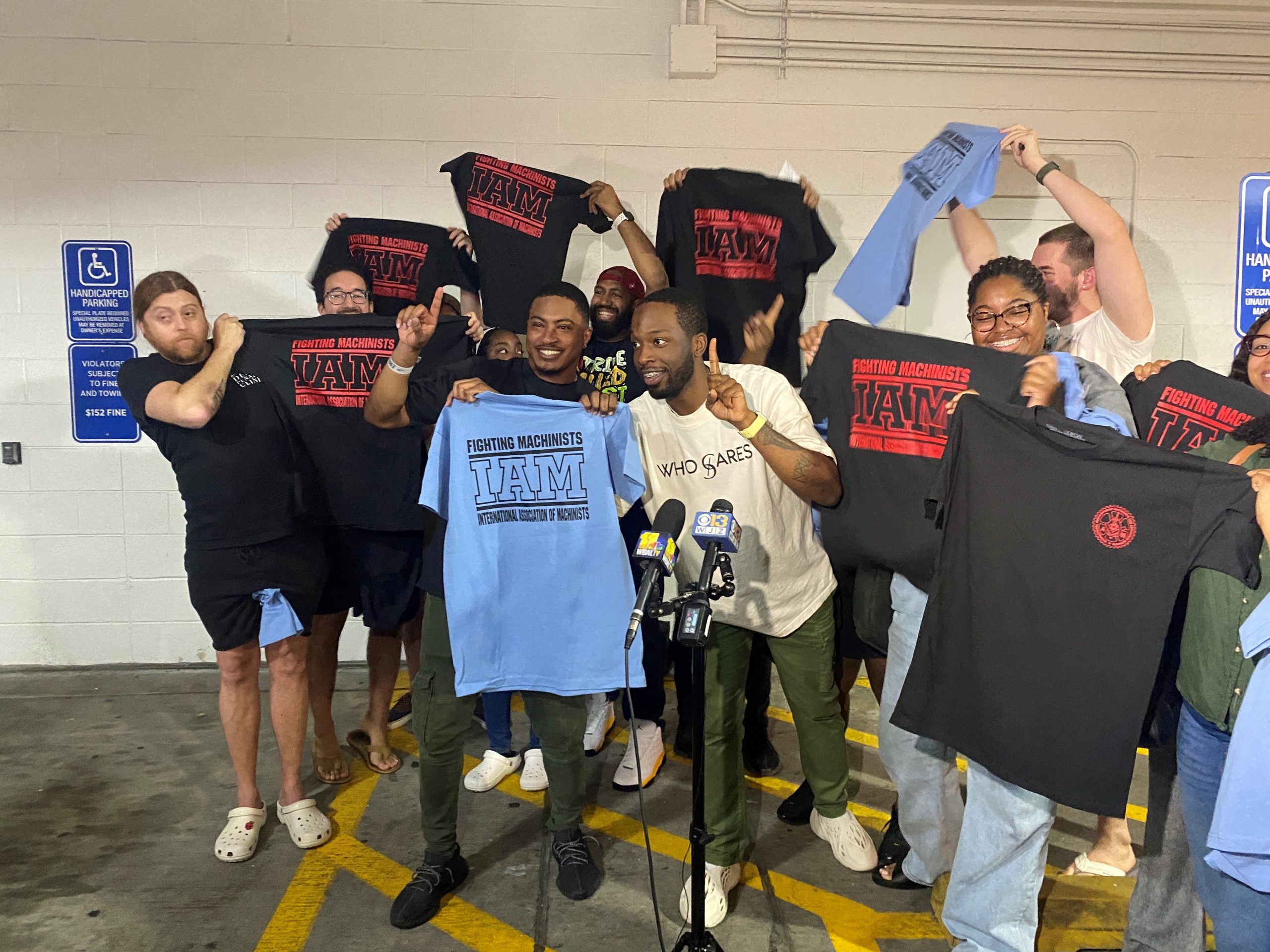 WASHINGTON, Nov. 2, 2022 – The International Association of Machinists and Aerospace Workers’ (IAM) Coalition of Organized Retail Employees (IAM CORE), the first Apple workers to join a union, filed an Unfair Labor Practice charge at the National Labor Relations Board (NLRB) against Apple for excluding IAM CORE members in Towson, Md. from certain educational and medical benefits being offered to all other Apple employees starting next year.

IAM CORE recently sent a letter to Apple CEO Tim Cook expressing disappointment about not following the prior practice of including Towson employees in corporate-wide enhancements after consultation with the union.

Support Petition for IAM CORE members: Apple Workers, We Stand With You!

“Our union will fight to ensure all labor laws are followed throughout this negotiation process,” said IAM Eastern Territory General Vice President David Sullivan.  “One of the reasons the employees in Towson joined the IAM was because they knew our union would use every resource to protect them. We are hopeful that this won’t be the normal procedure before we sit with Apple at the negotiating table. Our members in Towson want to be heard in the workplace, and securing a first contract will be the first step towards achieving that goal.”

The International Association of Machinists and Aerospace Workers (IAM) is one of North America’s largest and most diverse industrial trade unions, representing approximately 600,000 active and retired members in the aerospace, defense, airlines, railroad, transit, healthcare, automotive, and other industries.