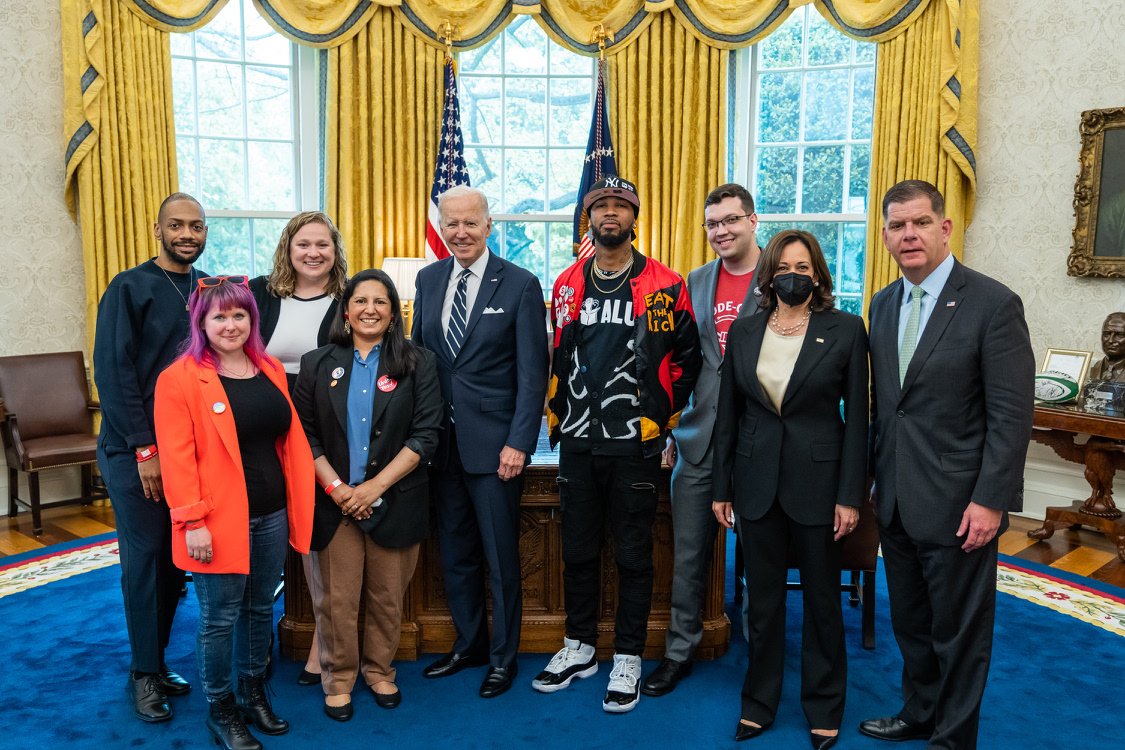 Caldwell is one of approximately 460 Baltimore County Public Library (BCPL) employees who recently organized with the International Association of Machinists and Aerospace Workers (IAM). On Sunday, May 1, they voted to ratify their first union contract. The one-year collective bargaining agreement includes pay increases and paid leave, among other significant improvements. Among several work rule improvements, the agreement creates a labor-management committee.

The Baltimore County Public Library campaign is emblematic of the IAM’s efforts to organize workers in a diverse array of sectors, including veterinary workers, non-profit workers, and Apple workers.

“The Biden-Harris administration is laser-focused on giving working people a fair chance to form and join a union,” said IAM International President Robert Martinez Jr. “We applaud the administration, including Labor Secretary Walsh, for their concentrated efforts to always include workers’ voices in helping shape policy. I am so proud of Jaimie and her coworkers for courageously joining the IAM, culminating with a strong first contract that will benefit Baltimore County Public Library employees, their families, and communities.”

Caldwell, who has worked as a BCPL librarian for eight years, was an active member of the internal organizing team on the successful BCPL campaign to join the IAM.

“What an incredible honor and privilege to be selected to represent my colleagues from the Baltimore County Public Library at the White House,” said IAM member and Baltimore County Public Library employee Jaimie Caldwell. “The volume and quality of work our staff put into unionizing with the IAM over the last three years are admirable. It makes so much sense that this dedicated, respectful, hard-working group would be given the opportunity to share our message on a national level. From passing legislation to gathering signatures of support for negotiations, which culminated in contract ratification and our presence at the White House, this group of library workers has been committed to their hopes of collective bargaining and better working conditions. It excites us to know we could take it further, bypassing statewide legislation for all Maryland library workers to unionize. We stand with them in solidarity. We are stronger together.”

The first contract with BCPL comes after years of organizing, including the IAM winning a new state law allowing BCPL employees to collectively bargain. The law, sponsored by Maryland State Del. Cathi Forbes and State Sen. Shelly Hettleman went into effect on July 1, 2021. The IAM is now pursuing state-wide legislation to allow all Maryland public library employees the freedom to collectively bargain.

The IAM proudly supports the recent findings from the White House Task Force on Worker Organizing and Empowerment. The report included more than 70 recommendations that empower workers and support unions by leveling the playing field and allowing everyone to sit at the table.